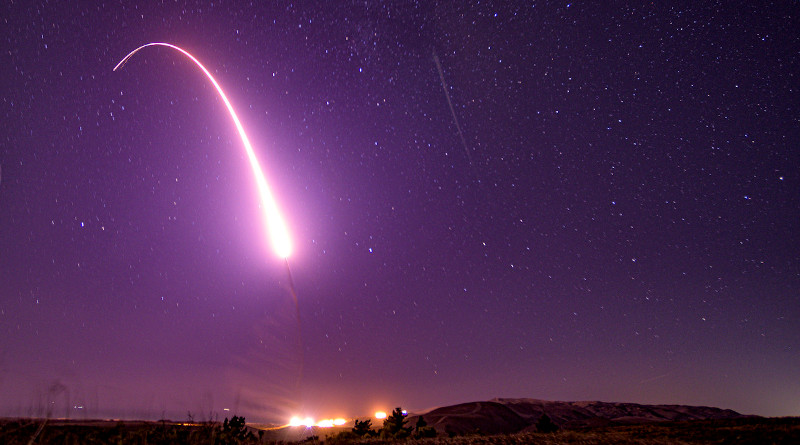 The Non-Proliferation Treaty (NPT) that conducts a review conference (RevCon) every five years was due to hold one in April-May 2020. This RevCon had special significance as it was to mark the 50th anniversary of the NPT, as also the 25th anniversary of the indefinite and unconditional extension of the treaty in 1995. However, it had to be postponed because of the pandemic, and was rescheduled for January 2021. But, earlier this month, keeping in view the still raging and unprecedented health emergency, the meeting has been further postponed to August 2021. While the several date changes are unfortunate, the time so gained may be useful in shaping a more productive outcome of the meeting.

Had the RevCon been held earlier this year as scheduled, it would have taken place amidst a rather polarised political backdrop. Even now, relations between the major nuclear powers, the US and Russia, as well as the US and China, are afflicted with mistrust. The existing arms control architecture appears on the verge of total collapse in case the New Strategic Arms Reduction Treaty (START) expires in February 2021. Also, while nuclear risks are mounting, the nuclear weapon states (NWS) remain unconcerned; immersed as they are in modernising their nuclear capabilities. Some are even following risk-increasing strategies to enhance deterrence.

There is also a deepening of fissures between the non-nuclear weapon states (NNWS) and the nuclear weapon states on the issues of non-proliferation and disarmament. There is a strong sentiment among the NNWS that the promises and commitments made by NWS with respect to disarmament and conclusion of a Middle East WMD Free Zone at the time of the NPT’s extension in 1995 remain unfulfilled. Meanwhile, there has been an addition to their obligations through strengthening of IAEA safeguards.

The shadow of this fractious atmosphere was felt in the third meeting of the Preparatory Committee, held in 2019. As per the NPT’s strengthened 1995 review process, the third PrepCom is required to provide a consensus report with recommendations for the RevCon. But the 2019 meeting could only manage a Chair’s Working Paper because the final report was rejected by the US for not being a balanced document.

In view of the apparent discordance between the NWS and NNWS, the first postponement of the NPT RevCon was considered by many as a blessing in disguise for allowing more time to states parties to get their act together. Unfortunately, the period April to December 2020 has been consumed with battling the global health crisis. The common threat of the pandemic has done little to improve inter-state relations that remain strained and difficult.

In this backdrop, the news of the RevCon’s further postponement—from January 2021 to August is not necessarily a bad thing. This could be particularly beneficial from the point of view of allowing time for two developments to settle down by January 2021. Both of them would have a bearing on the NPT. The first of these is the swearing-in of Joe Biden as the new US president. He is widely expected to reverse some of the nuclear-related decisions been taken by President Donald Trump. In past positions within the US administration, Biden has shown an inclination towards multilateral institutions—he even played a constructive role in shaping the outcome of the NPT RevCon 2010. As the new occupant of the White House, he is expected to reinvigorate the spirit of the NPT and underscore the seriousness of American commitment to non-proliferation. He is also likely to initiate effort to return to the Joint Comprehensive Plan of Action (JCPOA), which would add to this ‘feel good’ factor. Meanwhile, any indication of détente towards Russia, especially through a New START extension, would also cast a benign shadow on the RevCon.

The second development in January would be the entry into force of the Treaty on Prohibition of Nuclear Weapons (TPNW) or the ban treaty. While the NNWS supporters of the treaty hail this as a success and intend to mount pressure for its universalisation, the action is likely to deepen the wedge with NWS and those under the nuclear umbrella who oppose the treaty. The repercussions of this divide will be felt on the 2021 NPT RevCon; the first such meeting to be held after the ban treaty’s entry into force. Would the NNWS supporters of the ban treaty come to the meeting with a sense of jubilation that might further alienate the NWS? Many NPT traditionalists have expressed concern that the ban treaty may lead to the NPT’s fragmentation.

This is an outcome that no country, including those that are non-members of the NPT, wants. All member states acknowledge the worth of the treaty. However, it is also true that there is  growing frustration with its inability to balance non-proliferation obligations with disarmament commitments. This, in fact, was the underlying factor that made the NNWS move ahead with the conclusion of the TPNW. As the treaty becomes operational in January, there will be a focus on its strengths and limitations, and this churning may prove to be helpful to develop a modus vivendi between the two treaties.

It would be imperative for NPT stakeholders to spend this time until the RevCon in August 2021 to build bridges that can ensure a constructive meeting outcome. If the NPT is to celebrate its diamond jubilee in 2030, some deep thinking and committed actions will be needed to balance the responsibilities of the two sets of states. Nuclear non-proliferation can be sustainable only when there is simultaneous and credible movement towards disarmament.

The article Another Date-Change For NPT RevCon: Fresh Opportunity To Shape Its Success – Analysis appeared first on Eurasia Review.