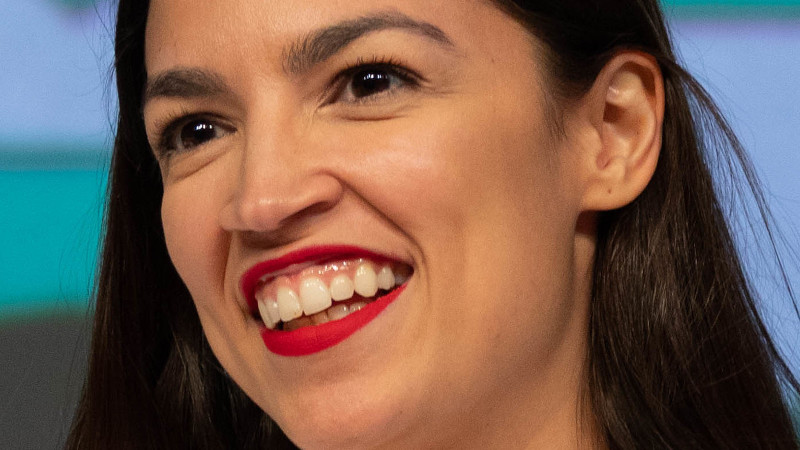 Economists and ethicists agree: A worker should be evaluated by the job he does, not his political views. But the more politicized life becomes, the greater the chance a competent employee will lose his or her job because of his private political views.

Politicians like Alexandria Ocasio-Cortez propose blacklisting their political foes, potentially including tens of millions of people, over politics. In an Orwellian twist of fate, the best employees may be fired precisely because they perform their job to the best of their ability.

An example appears to be playing out in the firing of Portsmouth, Virginia, Police Chief Angela Greene. As I wrote recently at FEE.org:

The town’s progressive leadership fired Angela Greene after she pressed charges against rioters who decapitated and pulled down a Confederate statue, striking a middle-aged black man in the head. The injury left the man temporarily comatose, caused him to flatline twice as his brain swelled dangerously, and required months of therapy to teach him to walk and talk again. City officials fired Greene on [last] Monday morning, a little more than two months after placing her on paid leave. She said she plans to sue.

There is more to the story. One of the people Greene crossed happens to be State Sen. Louise Lucas, D-Portsmouth, a 28-year incumbent and the present president pro tempore of the Virginia state Senate.

Body camera footage of the June 10 protest shows Sen. Lucas telling Chief Greene that a connection in city government had authorized the mob to vandalize the Confederate statue (although it is not clear that a politician can unilaterally repeal laws against vandalism and destruction of property). Then-Portsmouth City Manager Lydia Pettis “Patton just gave permission though me. You need to give her a call,” Lucas told Greene.

“I’m telling you, you can’t arrest them,” Lucas instructed police. “You can’t stop them. This is city property.”

Greene tried to call Patton, who did not respond. “I had no other alternative but to await confirmation or denial from city leaders in order to prevent a false arrest or incite the crowd, who were told they could damage the property by an elected official,” Greene said. The police force froze in uncertainty because of political leaders’ nonfeasance.

After the protest turned tragic, Patton denied giving Lucas permission to vandalize the statue. If true, Sen. Lucas appears to have lied to a police officer, a Class 1 misdemeanor under Virginia state law. Instead of prosecuting her, Patton pinned the blame for the accident squarely on Greene for failing to prevent demonstrators from tearing down the statue. At the same time, city officials made it clear they would not press charges against the vandals for the unauthorized property destruction, which left a black man with permanent, life-altering injuries.

Greene then exercised her legal duty to charge more than a dozen people, including Lucas, with violating the law. It was her job, Greene explained. “I vowed to uphold the Constitution of the United States and the Constitution of the Commonwealth of Virginia, and promised to faithfully and impartially discharge all the duties incumbent upon me, to the best of my ability,” she said. “As the head of the primary law enforcement agency in the City of Portsmouth, it is my obligation to investigate all crimes that have occurred, and when probable cause exists, present that evidence for the prosecution, which is what was done in this matter.”

For her trouble, city officials placed Greene on months-long, paid leave before firing her last Monday. Her colleagues promptly rushed to her defense. “The decision to terminate Chief Greene’s employment, made and announced by [new] Portsmouth City Manager Lavoris Pace, was unbelievable and unjust,” the Fraternal Order of Police said in a statement reported late last week. “No one was held responsible for committing a crime which resulted in destructive property damage and a citizen being severely injured.”

Greene’s ouster did not satisfy some local leaders, who now demand that the city investigate any remaining police officers who helped prepare these charges – as instructed by their boss, Chief Greene. Their only apparent crime is demanding equal justice apply to a popular, powerful politico; defending the sanctity of property rights; and performing their duties without partiality.

Their plight is our plight. Potentially millions more Americans will lose their vocations, if political leaders get their way. As the FEE article notes, a number of national political figures including Rep. Alexandria Ocasio-Cortez have suggested that Trump administration alumni – or possibly anyone who voted for the sitting president – should never hold another job.

For economic as well as philosophical and moral reasons, we should oppose viewpoint discrimination in secular education and employment. … Among [our unalienable] rights is the right to be judged on our performance, not our political orthodoxy.

You can read the whole article here.

The ability to work allows people to use their God-given gifts to serve others, meet the needs of society, and support themselves and their families. The free market honors this undertaking, crowns it with abundance, and multiplies the opportunities for mutual service. Politics constricts, rations, and denies these opportunities in the service of ideological – or, more often, starkly personal – ends. If political leaders can deny justice to law enforcement, none of us will remain unscathed.

*About the author: Rev. Ben Johnson is Executive Editor of the Acton Institute’s flagship journal Religion & Liberty and edits its transatlantic website.

Source: This article was published by the Acton Institute

The article AOC’s Blacklist Has No Place In The Workplace – OpEd appeared first on Eurasia Review.