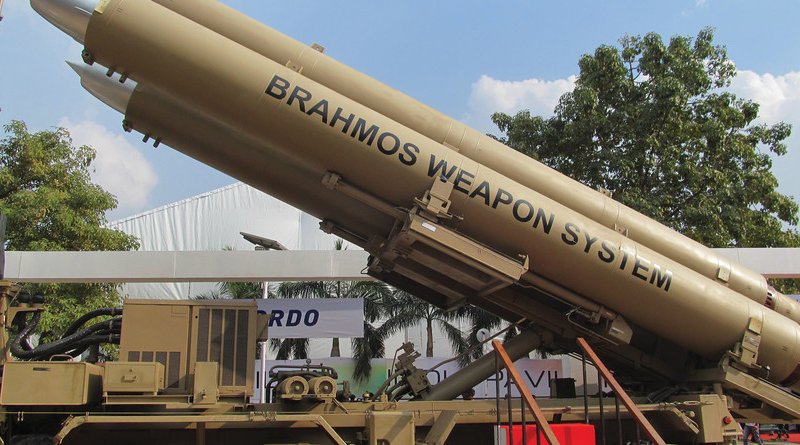 The sale of the missile will be a major development in the context of an often-tense Southeast Asia with misgivings regarding Beijing’s motives and the real extent of its reach.

New Delhi has over the last few years been increasingly recognised as capable and also willing to engage with the wider Indo-Pacific beyond its immediate neighbourhood. In this repect, the country has been gradually strengthening its strategic collaborations with countries in Southeast Asia. There is also a sense of urgency among ‘like-minded’ countries to forge alliances in the region and many of these alliances, no matter what their nature of collaboration may be, are being formed with the aim to offset Beijing’s expanding influence. On the part of the littoral countries in the region as well, there is a growing willingness to engage; and while countries like the US, Japan and Australia have already opened several channels of mini and multilateral engagement, India, as a proximate country, stands suitably poised to deepen its ties in the region.

Recent years have witnessed a steady rise in diplomatic exchanges between Manila and New Delhi. There has also been a growth in economy and energy cooperation with companies of both countries having invested in each other, like Wipro and GMR (India) and Ayala Corporation (Philippines) in sectors such as metals, automobile, agriculture and infrastructure. 2020 has, so far, seen further intensification of bilateral ties. At the 13th Meeting of the India Philippines Joint Working Group on Trade and Investments (JWGTI), the two countries decided to work towards a Preferential Trade Agreement (PTA), which would reduce or end tariffs to augment trade in terms of both value and volume with a focus on sectors like pharmaceuticals, IT, and financial technology.

To help enhance Manila’s maritime domain awareness, India has offered coastal surveillance radar systems to the Philippines during a virtual meeting of the foreign ministers of both nations. The ministers also agreed to expand ties in defence, counterterrorism, exchange of information between concerned agencies, and education. Manila has also been invited to join the International Solar Alliance and the Disaster Resilient Infrastructure by New Delhi.

Recent reports suggest that New Delhi and Russia are planning to export the jointly developed BrahMos cruise missile to several countries, the first of them being the Philippines. The supersonic cruise missile, which has completed successful rounds of testing is powered by stealth technology, has a speed of Mach 2.8 and is considered the world’s fastest anti-ship cruise missile. It can be launched from marine, air and land platforms.

The JV Brahmos is a flagship venture between India and Russia launched in 1998 to manufacture, develop and export the missile. A preliminary round of discussions has already been held with Manila with an agreement for the supply of the missiles likely to be scheduled early in 2021 during a planned summit between PM Modi and President Duterte. Other countries in Southeast Asia that have expressed an interest in obtaining the missile include Thailand, Indonesia, Malaysia, Vietnam and Singapore besides countries in Africa, South America, Eastern Europe and West Asia.

Acquisition of the BrahMos missile will significantly supplement the defence capabilities of the Philippines by enabling it to strike seaborne or surface targets at a considerable distance from its shores. Another BrahMos variant with 500 km range is expected to be ready by 2024. There is a degree of uncertainty regarding whether the upgraded variant can be exported under the current Missile Technology Control Regime (MTCR) regulations, but the sale of the 290 km variant itself should not be an issue given the MTCR only bars transfer of delivery vehicles if they could contribute to Weapons of Mass Destruction (WMD) proliferation; and any sale or transfer will be at the discretion of the concerned member state.

Nonetheless, the sale of the missile will be a major development in the context of an often-tense Southeast Asia with misgivings regarding Beijing’s motives and the real extent of its reach. The Philippines, for instance, is frequently caught up in the maritime situation of the South China Sea where the country, along with other littorals, is involved in competing maritime claims with China. The Philippines under President Duterte has been hot and cold towards Beijing with a clear or sustained position being difficult to identify. While the country has been vocal against China about its territorial concerns and claims in the South China Sea, it has on other matters indicated its intent to cooperate with the dragon. Despite official positions that pledge commitment to maritime stability and peaceful resolution of disputes, China’s actions on multiple occasions have been to the contrary. The supply of the supersonic missile will inevitably draw the ire of the dragon, which spares no opportunity to call out efforts in the region towards deepening of bilateral and multilateral ties — all of which it perceives as a potential threat. Earlier, in April 2020, the Trump administration had pledged USD 18 million worth of missiles to Manila to combat Islamic State group-linked militants in the southern Philippines.

What is, perhaps, the more interesting aspect of this agreement is the role of Russia, which is usually an ally of China but which, at the same time, is also looking to balance its position between India and China. The sale also promises to be a breather for Moscow’s ailing defence sector. The joint development and its subsequent supply are also perhaps testimony of the significance that Moscow places on its strategic ties with New Delhi. Incidentally, ties between Moscow and Manila have also been on a high. The Philippines is set to work with Russia on the trials, production and supply of the COVID-19 vaccine developed by the latter. Philippines has the highest case numbers of coronavirus affected population and has been courting both China and Russia for availing it once it is ready.

The views expressed above belong to the author(s).