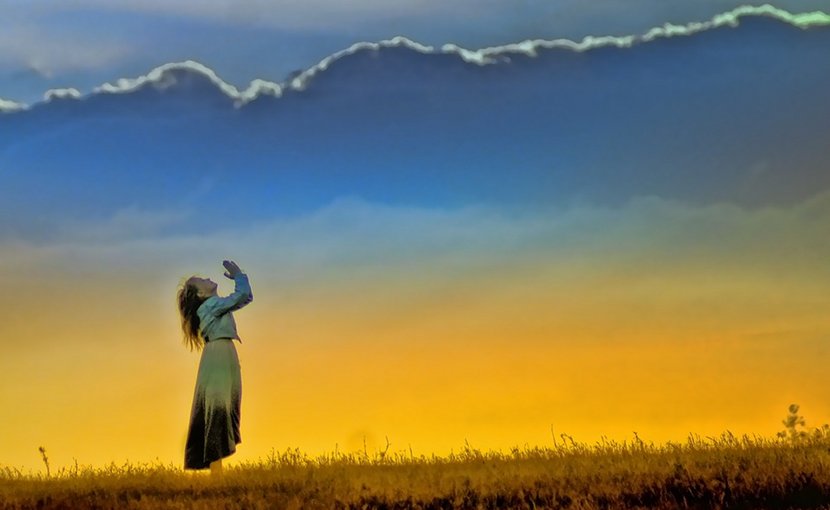 Precision research by physicists William Happer and Willem van Wijngaarden has determined that the current levels of atmospheric carbon dioxide and water vapor are “saturated.” In radiation physics that means adding more CO2 or water molecules will bring modest warming that will benefit plant growth, and thus all life on Earth. More CO2 and H2O will not cause dangerous warming.

From this point forward, emissions from burning fossil fuels will bring little additional global warming, and what does occur will improve forests, grasslands and agriculture. There is no climate emergency.

This finding is astounding, paradigm shattering, contrary to what alarmist scientists have told us for decades. Scientifically, it resolves a huge uncertainty that has plagued climate science for over a century: How should saturation be measured, and what is its extent regarding the primary greenhouse gases?

Just as “the greenhouse effect” is nothing akin to how greenhouses work, in radiation physics “saturation” is nothing like the simple, everyday concept of saturation. Your paper towel is saturated when it won’t pick up any more spilled milk. Greenhouse gases are saturated when adding more water, methane or carbon dioxide molecules has no significant further effects on planetary warming and climate.

Dr. Happer is known as a leading skeptic of “dangerous human-caused climate change.” He co-founded the prestigious CO2 Coalition and served on the National Security Council, advising President Trump. But his career has been as a world-class radiation physicist at Princeton. Dr. van Wijngaarden teaches and conducts research in pure and applied physics at York University in Canada. Happer’s numerous peer-reviewed journal articles have collectively garnered over 12,000 citations by other researchers.

In their study, Professors Happer and van Wijngaarden (H&W) analyzed saturation physics in painstaking detail. Their preprint, “Dependence of Earth’s Thermal Radiation on Five Most Abundant Greenhouse Gases,” goes far beyond any work done previously on this complex problem.

To begin with, standard studies examine the absorption of solar radiation by greenhouse molecules using crude absorption bands of radiation energy. H&W go far beyond this, to analyze the millions of distinct energies, called spectral lines, that make up these bands. Their detailed line-by-line approach is an emerging field that often yields dramatically new results – and here contradict prevailing climate theory.

The two physicists therefore looked hard, not just at absorption, but also at emissions and atmospheric temperature variation. The work is far more complex than I, most non-physicist scientists, and certainly most citizens and politicians can understand. However, the conclusions are simple and dramatically clear.

Happer and van Wijngaarden’s central conclusion is this: For the most abundant greenhouse gases, H2O and CO2, the saturation effects are extreme, with per-molecule forcing powers suppressed by four orders of magnitude at standard concentrations. (Forcing power means effects on atmospheric temperature.)

Their graphs are especially compelling: Figure 9 and Tables 2 and 4 show that, at current concentrations, the forcings from all greenhouse gases are saturated. The saturations of the most abundant greenhouse gases, H2O and CO2, mean the per-molecule forcing is weakened by a factor of 10,000.

The other greenhouse gases analyzed are ozone, nitrous oxide and methane. These are also nearly saturated, but not as completely as water vapor and carbon dioxide. They are also even less significant components of the atmosphere than CO2 (0.0415% or 415 ppm), which in turn is tiny compared to H2O (3% or less). At just 0.00019% methane truly has minuscule influence on climate.

The climate science community clearly needs to consider this work very carefully. This may not be easy since three major physics journals have refused to publish it. Their reviews have been defensive and antagonistic, instead of thoughtful, science-based or helpful. Climate alarmism seems to control these journals, and they tend to censor contrary findings. That’s why H&W released the preprint version.

Undaunted, H&W are now extending their analysis to include clouds. Alarmist climate science bases its “dangerous manmade” global warming, not on the CO2 increase alone, but also on incorporating positive water vapor and cloud feedbacks: emphasizing heat-trapping properties of clouds, while largely ignoring the degree to which clouds also block or reflect incoming solar radiation. Because carbon dioxide and water vapor are both saturated, it is highly unlikely that any positive cloud feedbacks can do much damage. However further careful analysis is needed to know this for sure. Stay tuned.

Meanwhile, America and the world are forced to ponder only “permissible” climate science – which is being used to justify demands that we eliminate the fossil fuels that provide 80% of all US and world energy, and replace that energy with enormous numbers of solar panels, wind turbines, batteries, new transmission lines … and mines to produce their raw materials … all with major environmental impacts.

“Permissible” climate science is also being used as the basis for computer models that purport to predict planetary warming and weather 50 to 100 years from now. The models have not gotten anything correct up to now, which is understandable since the physics on which they are based is so faulty.

The good news, says Science and Environmental Policy Project president Ken Haapala, is that humanity’s use of fossil fuels and addition of CO2 to the atmosphere are not causing a climate crisis. Cutting existing atmospheric CO2 levels in half would have little effect on climate – but would harm plant growth and the ability of forests, food crops and grasslands to survive droughts and other stress. “Carbon capture” (actually carbon dioxide capture) is of little value, and would just increase electricity prices.

As to climate “tipping points” – at which the Earth gets inexorably hotter, never to cool down – the very notion is laughable. Over the ages, our planet has swung back and forth from moderate to very warm periods; from ice ages and mile-high glaciers across half of North America and Europe to interglacial periods, like the one we are in now; from the Medieval warm period to the Little Ice Age, 1350-1810, Haapala notes. (The LIA was ending just about the time the fossil fuel and industrial era began.)

Put another way, because greenhouse gases are already saturated, there is no reason we should accept IPCC or other claims that planetary temperatures could rise more than 3.0 ͦ C (5.4ᵒ F) without compelling empirical evidence of strong atmospheric warming. That evidence is totally lacking in IPCC reports, and satellite measurements find no strong warming. Accepting alarmist claims is science denial.

In reality, according to atmospheric temperature trends measured by satellites and weather balloons, and tracked by the Earth System Science Center, University of Alabama-Huntsville, the warming trend is modest. Since January 1979, it has remained at +0.14ᵒC/decade (+0.12ᵒC/decade over the global-averaged oceans, and +0.18ᵒC/decade over global-averaged land areas). That’s just 0.25ᵒF per decade, or 2.5ᵒF per century – modest, beneficial warming; certainly nothing remotely catastrophic.

Some of that warming is likely to be manmade. But most of it is natural and not at all unprecedented.

Moreover, the atmospheric “hot spot” above the tropics predicted by climate models is nowhere to be found. Put another way, for carbon dioxide to have significant impacts on global temperatures, humanity would have to burn more fossil fuels than are known to exist on our planet, Haapala concludes.

It’s no wonder climate alarmists, computer modelers, Green New Deal proponents, and wind turbine, solar panel, battery and concrete salesmen want to silence Happer and van Wijngaarden – or at least keep their work out of scientific journals. It’s also not surprising that China is happy to see the H&W science suppressed: its companies will be the ones selling us turbines, panels and batteries. Follow the science!

*David Wojick is an independent analyst specializing in science, logic and human rights in public policy, and author of numerous articles on these topics.