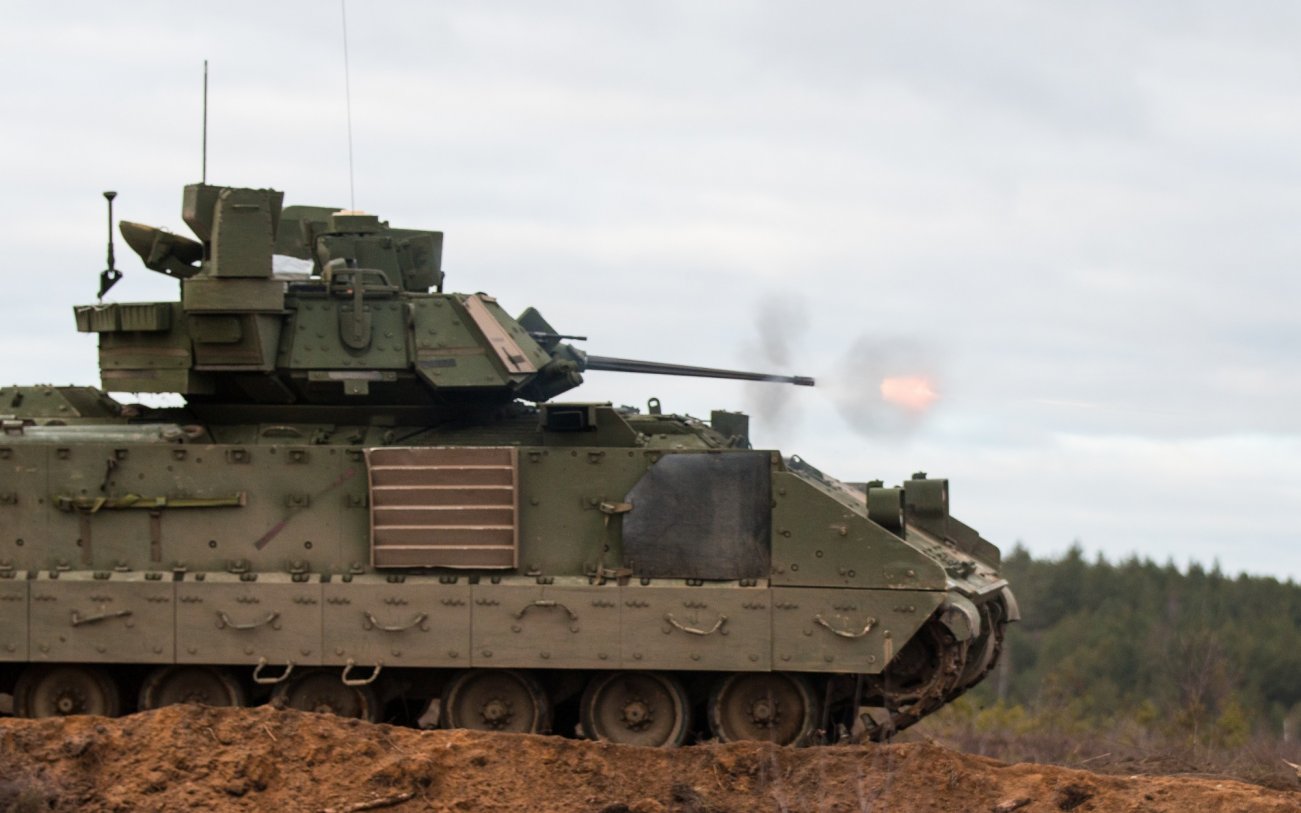 Here’s What You Need to Know: The Optionally Manned Fighting Vehicle program was canceled for a number of reasons—but now the program has been resurrected, thanks to more realistic program objectives.

In a press release, the U.S. Army announced that the Optionally Manned Fighting Vehicle was entering the Concept Design phase with the goal of maturing the OMFV design via feedback from the defense industry.

Previously, the OMFV program had been cancelled, due in part to an unachievable amount of program goals which resulted in a paltry two OMFV program entrants. Strikingly, BAE Systems, the firm responsible for the Bradley Fighting Vehicle design did not participate, a reflection of the Army’s unachievable program objectives.

One bid from Germany’s Rheinmetall was disqualified because it missed the deadline for handing over their Lynx prototype. The company had experienced difficulty in securing transportation certificates from local German authorities and had asked for a deadline extension, which was denied.

Ultimately only one prototype from General Dynamics Land Systems was given to the Army, forcing the Army to reevaluate the OMFV program’s requirements by incorporating feedback from the defense industry.

Brig. Gen. Glenn Dean, the program executive officer for Ground Combat Systems, explained how the OMFV program had changed, saying, “As we enter Phase 2, the Concept Design phase, for OMFV, inclusive feedback and innovative thinking from industry remains key. We received tremendous feedback from Industry on the draft RFP released in July, and we have made significant changes as a result of that feedback.”

Brig. Gen. Dean further explained that industry feedback “reflects a reduction in scope and deliverables commensurate w/ the maturity of requirements at the outset, and lays the foundation for subsequent phases with respect to open architecture and modern engineering practices.”

So now that the Army has a more realistic idea of what the Optionally Manned Fighting Vehicle will look like, what will be its capabilities?

Some of the OMFV’s more significant characteristics, which can be read here, relate to mobility, weight, and transportability.

The OMFV must be able to keep up with armored formations in general, and with the Abrams main battle tank more specifically in both urban and rural terrain “in a combined arms fight.” OMFV mobility is crucial to lethality, and the platform is expected to defeat “future near-peer soldiers, infantry fighting vehicles, helicopters, small unmanned aerial systems, and tanks.”

In a nod to the ever-increasing curb weight of the United States’ Abrams tank and other armored vehicles, the OMFV has to be able to “traverse 80% of Main Supply Routes (MSRs), national highways, and bridges in pacing threat countries, and reduce the cost of logistics and maintenance.” In addition, it has to be “worldwide deployable by standard inter- and intra-theater sea, waterway, air, rail, and road modes of transportation.”

Finally, all of this much be achievable on a platform with just two crew members who will man the OMFV at commander’s discretion.

Conceptually, the Optionally Manned Fighting Vehicle program is ambitious, but seems to be much more achievable than the previous OMFV initiative. Stay tuned to more information on the OMFV as it becomes available.

Caleb Larson is a Defense Writer with The National Interest. He holds a Master of Public Policy and covers U.S. and Russian security, European defense issues, and German politics and culture.