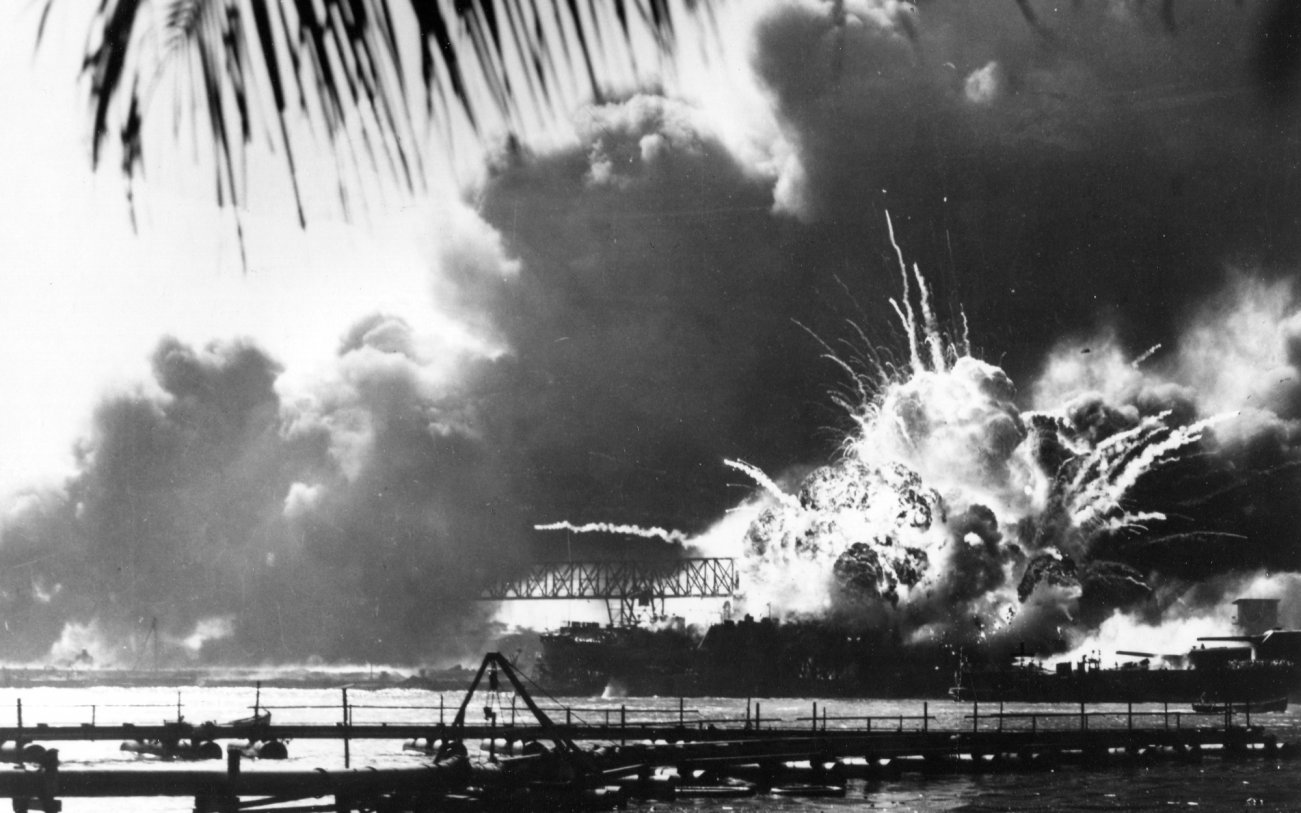 Here’s What You Need to Know: The lessons of the run-up to World War II provide a cautionary example for U.S.-Iranian relations today.

Why did the Japanese attack Pearl Harbor?

Most Americans don’t remember. Those who do probably recall the explanation taught in high school: the militaristic Japanese government planned to take over the Pacific, realized that the fleet at Pearl Harbor represented a major obstacle to that goal, and incorrectly predicted that the United States would not have the stomach to fight a protracted conflict. This mistaken assumption led to a four-year war in which two million Japanese lost their lives and much of the country was reduced to rubble.

This summary is basically correct. What is less well known, however, is that America’s economic policy towards Japan played a crucial role in the decisions that led to the attack. In the years before Pearl Harbor, President Franklin D. Roosevelt and Secretary of State Cordell Hull became increasingly concerned with Japan’s aggressive expansion in Asia and the Pacific. To combat it, the U.S. government pursued a strategy of trade restrictions and sanctions on Japan, hoping that the economic pressure would force it to halt its conquests without directly involving America in a war.

The U.S. sanctions against Japan achieved its economic goal by causing resource shortages in vital areas and would have curtailed Japan’s ability to wage war in the medium- to long-term. However, on a strategic level, the sanctions were not successful. Roosevelt and Hull had hoped that they could pressure Japan into accepting a diplomatic solution to the embargo. Instead, Japan found a military solution: they knocked out the American fleet at Pearl Harbor and went on a mad dash across the Pacific Ocean, quickly making up for lost U.S. imports with captured British and Dutch raw materials. Seventy-nine years after the attack, as successive administrations pile economic sanctions on America’s adversaries in the hope that doing so can correct their malign behavior, the lessons from the lead-up to Pearl Harbor are worth remembering.

After its founding in 1868, the modern state of Japan underwent a massive program of industrialization and modernization in all aspects of the state. Over the next generation, Japan became a first-rate military power. In short order, it defeated China, Russia, and Germany in three back-to-back wars, gaining control of Formosa (Taiwan), Korea, the Liaodong Peninsula in China, and hundreds of Pacific Islands.

Japan’s program of industrialization was profoundly different from the West’s program of industrialization. Western powers such as Britain, Germany and the United States had abundant domestic natural resources to fuel industrialization. By contrast, Japan had virtually no mineral wealth of its own. Consequently, it fueled its industries using imported raw materials from the United States, making it heavily reliant on open trade with America. For many years, this was not a problem, as the United States and Japan were on excellent terms. President Teddy Roosevelt had negotiated peace between Japan and Russia in 1905; the nations fought on the same side in World War I; Japan was party to the 1921 Washington Naval Conference and the idealistic 1928 Kellogg-Briand Pact “outlawing” war; and throughout the interwar period, the two nations engaged in substantial foreign trade.

However, during the 1930s, as Japan embarked on an increasingly authoritarian and militaristic political course, this relationship began to sour. In 1931, Japan seized Manchuria; by 1937, it had started an all-out war with China, massacred the city of Nanjing, and brazenly attacked a U.S. gunboat evacuating American nationals from that country. Though most Americans still opposed a war with Japan, anti-Japanese sentiment rose steadily throughout the 1930s, and, believing that the security of the United States was tied to peace and democracy abroad, Roosevelt resolved to dissuade Japan from continued aggression.

Roosevelt’s first act against Japan was rhetorical rather than legal. In 1938, the State Department told American firms that it was “strongly opposed” to Japanese conduct abroad and urged them not to export certain military goods.

This “moral embargo” was soon followed up with a more concrete one. In July 1939, the United States gave Japan six months’ notice of its intention to withdraw from the two nations’ 1911 commercial treaty. After the six-month window passed, Roosevelt signed the Export Control Act, giving him the authority to block the export of basic war materials, and promptly blocked exports of aviation fuel and scrap metal to Japan; this ban was later expanded to all metal.

Most decisively, after Japan occupied French Indochina in July 1941 (with the forced “consent” of the Vichy government), Roosevelt responded by freezing Japan’s assets in the United States and instituting a full embargo, effectively cutting off all trade between the two countries. In its most basic goals, this sanction was devastatingly effective. Britain and the Netherlands soon joined the American embargo, and Japan altogether lost three-fourths of its overseas trade and almost nine-tenths of its oil imports. Although it had enough oil in reserve to continue the war in China, its supply would run out within eighteen months, at which point it would simply have no more fuel for its airplanes and tanks.

However, hopes that Japan would back down and negotiate proved unfounded. As the sanctions regime progressed, Japan drifted further from the orbit of the United States. In August 1940, it proclaimed the “Greater East Asia Co-Prosperity Sphere,” explicitly promising to expel the Western powers from Asia (America, which controlled the Philippines, took note). One month later, it signed the Tripartite Pact with Nazi Germany and Fascist Italy, entering the Axis camp. Finally, in 1941, it signed a nonaggression pact with the Soviet Union, freeing its military might for operations in the south. During 1941, attempts at negotiations for the future status of China were made by both sides, but the United States again adopted a maximalist position, refusing to restore the oil flow without a complete Japanese withdrawal from China. Japan flatly refused, and negotiations came to nothing.

However, because it still controlled Japan’s access to oil, the United States had Japan in a corner. As the months drew on, and the island nation’s supply of oil dwindled, the Japanese leadership was faced with a critical choice: end the war in China and return to commerce with the United States, or else gamble for all-out domination of the Pacific region. History records their decision.

Fundamentally, Roosevelt and Hull’s reasoning was correct—they knew that America controlled Japan’s access to vital raw materials, and embargoing Japan would cripple its economy and ultimately make it unable to continue the war in China. However, the corollary to this line of thinking—that the embargo would force Japan to negotiate an end to the war—was inaccurate. American strategic planners knew that, without oil, Japan would be forced to change its strategy, but they incorrectly gauged the extent and direction of that change.

Lessons to Be Learned

Revisionist American historians and far-right Japanese groups contend that the United States left Japan with no choice but to take action. This is not exactly accurate, but it contains a kernel of truth. The choice that Roosevelt offered Japan was binary: either it could accede to American demands, or it could launch a full-scale war. American strategists, including several admirals and America’s ambassador in Tokyo, Joseph Grew, warned that Japan might try the latter. However, given America’s vast advantages in population and economic power, they knew that this would likely end in suicide—and were therefore caught off-guard when Japan chose suicide.

America has come a long way since 1941. A Pearl Harbor-type attack that could cripple U.S. military operations for months on end is exceptionally unlikely to occur. Moreover, nuclear weapons have made another total war between great powers unthinkable. However, analogies to the pre-war U.S.-Japan dynamic exist. Modern Iran has undeniable similarities with Imperial Japan—it, too, is a former U.S. ally taken over by zealous militarists who are attempting to expand beyond their borders.

Thus, the lessons of the run-up to World War II provide a cautionary example. The United States is dealing with Iran in much the same way as it tried to deal with Japan by piling on sanctions and restricting the nation’s imports. As with Japan, this strategy seems to be achieving its most basic goals; Iran’s economy has contracted, and its payments to its foreign proxies have sharply decreased. However, as sanctions have increased, the ruling regime has grown steadily more fanatical, more bellicose, and less willing to seek compromise. This is not good. A war with Iran, which is a distinctly possible outcome of the sanctions regime, would result in an American victory, but it would come at a massive cost. The United States won the Pacific War but hundreds of thousands of American lives were lost in the process.

This is not to suggest that the United States should leave Iran alone to pursue regional mayhem. However, if there is one lesson to be learned from the sanctions on Japan, it is that it is dangerous to force another nation into a binary choice between two bad options. If given the choice between a political settlement regarded as a humiliating submission to foreign demands, or else a doomed and possibly suicidal war, some nations will choose the war.

For this reason, the United States must display political flexibility in its negotiations with the Islamic Republic. Rather than present the country with an ultimatum, America must seek to offer a range of possible outcomes. Sanctions, properly applied, can be used to provide motivation, but America’s end goal must be a grand bargain that restricts Iran’s ability to antagonize its neighbors yet still grants it some concessions and allows the regime to save face.

Striking this delicate balance will not be easy. But it will be easier than going to war.

Trevor Filseth is an editorial intern for the National Interest.

This article first appeared on December 9, 2020.