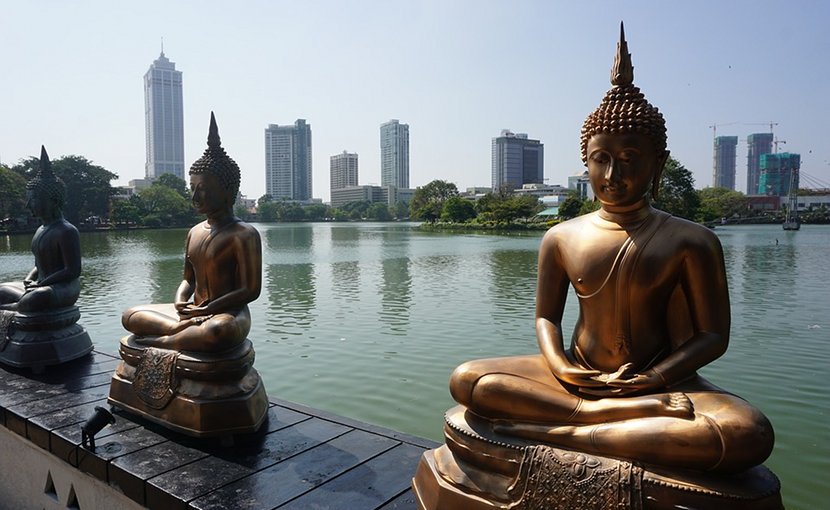 As the conditions abroad deteriorate and due to the large number of layoffs and other courses of unemployment, the number of prospective returnees keep rising and currently an estimated 68,000 overseas Sri Lankans from various regions have been wait listed by the Foreign Ministry for repatriation.

According to Sri Lanka’s Foreign Ministry, despite the worsening global situation triggered by the Covid pandemic, the process of repatriation of Sri Lankans, one of the most pressing challenges at hand has been spear headed by the Foreign Ministry under the directive of Minister Dinesh Gunawardana, enduring insurmountable challenges overseas amid lockdowns, isolations, curfews and closure of air space, to ensure swift return of Sri Lankans who are in distress.

Since the evacuation of 33 students from Wuhan City, in February 2019, the Ministry has been carrying out the task of repatriation for almost a year now and to date 60,470 Sri Lankans, composed of pilgrims, students, Officials of Government or Armed Forces, migrant workers, short term visitors, sea farers and cases on compassionate grounds have been repatriated from 137 countries by the Ministry through the Sri Lanka Missions overseas.

Over 40,000 migrant workers, predominantly from the Middle East region have been the top segment of overseas workers who have benefitted so far whereas another 20,000 Sri Lankans have been brought down from Europe, Africa, Asia and Latin American regions.

The latest fortnightly schedule of flights finalized to be operated between 2-9 January 2021, will include 1,400 passengers from Chennai, Melbourne, Kuwait, Doha, Canada, Cyprus and Dubai, Foreign Secretary Admiral Jayanath Colombage said.

Most importantly the Ministry and its 67 Missions continue discussions with friendly nations, UN Agencies and regional organizations and have secured as grants and donations large consignments of PCR test kits, RAT kits, test machines, lifesaving medicines, ventilators, humidifiers and huge quantities of PPEs and face masks towards reinforcing the national Covid containment efforts which has spared the Government from incurring a huge sum of funds.

Sri Lanka’s Missions are also closely following the developments with regard to manufacturing of vaccines and serving as a conduit of vital and timely information on the feasibilities of sourcing the vaccine from foreign governments.

The Ministry as measures of immediate relief, air lifted over 10,000 packs of dry rations and indigenous medicines to Male, Dubai and Doha first time in the history of Sri Lanka and has given around Rs.80 Million so far for the sustenance of our communities overseas. The funds were aimed at supplying basic medicine, testing, tempo accommodation, protective gears, internal transportation and in some cases air tickets.