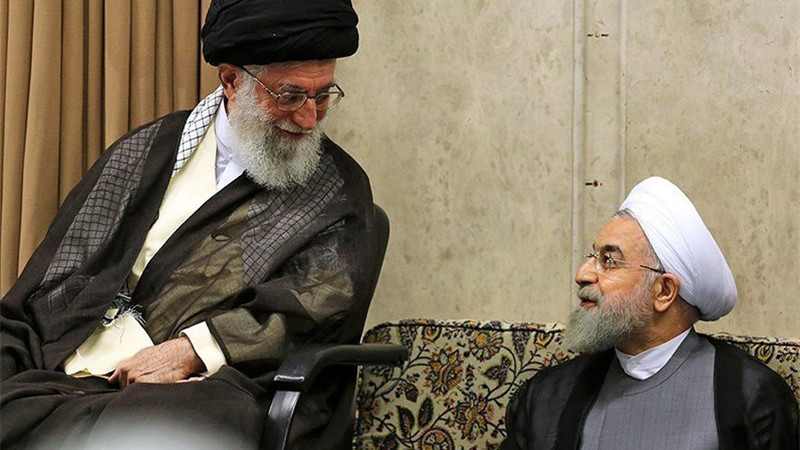 The Iranian regime could never have expected that the year 2020 would be one of the worst it has had to endure since the Iran-Iraq War.

Qassem Soleimani was killed in early 2020 under a direct order from US President Donald Trump. The unexpected death of Iran’s top general, the head of the elite Quds Force, was a humiliation and a severe blow to the country’s leadership, particularly its military apparatuses. When it came to authority in the Islamic Republic, Soleimani was the second man after Supreme Leader Ali Khamenei. Being a staunchly loyal confidant of Khamenei, he had great influence over the regime’s foreign policy, and he had personal connections with militia leaders across the Middle East. With his death, the regime lost an invaluable and irreplaceable asset.

Then came the shooting down of a Ukrainian passenger plane, after which the regime finally agreed to pay $150,000 to the families of each of the victims. But the Iranian leaders initially attempted to hide the truth and mislead the international community by denying any involvement in the incident. The regime argued that the jet exploded due to technical defects. Tehran rejected offers of cooperation with international investigators. But, when faced with overwhelming evidence — including credible intelligence reports from various governments and a video showing that the plane was hit by a missile — the Islamic Republic was forced to acknowledge that it shot down the civilian passenger jet.

Later, Iran became the center of the Middle East’s coronavirus disease outbreak. The regime kept its citizens in the dark for political reasons. With parliamentary elections due in late February, the regime was concerned that if it warned the public about the impending health crisis it would negatively affect voter turnout. Instead, the ruling mullahs wanted to strengthen the hard-liners’ base and project to the international community that it enjoys a high level of legitimacy. Thanks to its mishandling of the pandemic, the overwhelming majority of the Iranian people appear to have come to the conclusion that the regime is more concerned about its own survival than the health of its citizens.

Things got worse for the regime when the Trump administration imposed further sanctions on the Islamic Republic. Among other effects, these have ensured that Tehran’s oil exports have shrunk from nearly 2.5 million barrels per day in April 2018 to as little as 100,000. As a result, the ruling clerics are facing one of the worst budget deficits in their four-decade history of being in power. The regime is currently running a $200 million budget deficit per week and it is estimated that, if the pressure on Tehran continues, the deficit will hit $10 billion by March. This deficit will increase inflation and devalue the currency even further. The decrease in Iran’s revenues directly impacts the Islamic Revolutionary Guard Corps and its affiliates, the Office of the Supreme Leader, and the regime’s associates who control considerable parts of the economy and financial systems.

In 2020, Iran’s currency, the rial, lost more than half its value. That decline made it one of the least valued national currencies in the world and pushed the Iranian authorities to agree to remove four zeros from the currency. Iran’s newspapers began warning about economic collapse. The state-run Mardom Salari daily wrote: “We have an extremely failed and fallen economy. The main reason is the currency shock and the plundering of the economy by semi-private companies and banks. Sanctions have become an excuse for some people to plunder the country. We suffer from both foreign and domestic sanctions and those who profit from this situation.”

Regionally speaking, the regime became more isolated as its rivals formed new alliances. In addition, Tehran had a difficult time paying its militia groups. Facing such significant financial problems, Khamenei in October surprisingly ordered all factions of the Iraqi armed groups to stop attacking US interests in Iraq, according to Middle East Eye. A senior commander of an Iranian-backed armed group involved in the attacks reportedly said: “Khamenei’s orders were straightforward and clear. All attacks targeting US interests in Iraq must stop.”

Although the regime is hoping that things will change for the better in 2021, the odds are heavily against the theocratic establishment.