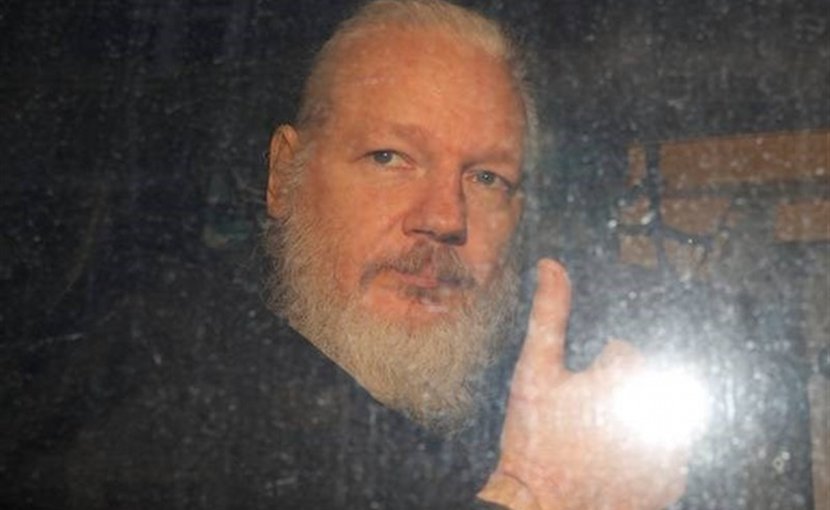 On January 6, 2020, District Judge Vanessa Baraitser denied bail to WikiLeaks founder and journalist Julian Assange, ordering him to remain in a high-security prison while UK courts decide whether he will be sent to the US to face espionage charges.

Making the bail application, the defense said that Assange wished only for a “sheltered life” with his family. He would be under house arrest and wear an ankle tag. Assange’s barrister Ed Fitzgerald QC also raised concerns about the risks to his health at Belmarsh, noting that there has been a rise of COVID-19 cases in the block where he is being held: “On any view… [Assange] would be safer isolating with his family in the community, subject to severe restrictions, than if he were in Belmarsh which has, very recently, had a severe outbreak.”

US prosecutors argued that Assange had already shown he was “capable of going to extraordinary lengths to avoid extradition”. Baraitser agreed, saying “there are substantial grounds for believing that if Mr. Assange is released today he would fail to surrender to court and face the appeal proceedings.” She mentioned how Assange “jumped bail” and entered the Ecuador Embassy to obtain asylum in 2012 – evidences of how he “had already demonstrated a willingness to flout” the orders of the court.

According to Baraitser, Assange had been a fugitive from British justice since June 29, 2012 when he failed to report to court as demanded. His entire motive for his residence in the Ecuadorian Embassy had been avoidance of a US extradition request. Therefore, he still had a motive to abscond. He had the backing of “huge support networks” that could facilitate his escape. At last, she concluded that Assange “still has an incentive to abscond from these, as yet unresolved, proceedings”.

Baraitser’s charge that Assange violated bail protocol is subject to legal scrutiny. The offence of absconding by a person released on bail is set out in section 6 of the Bail Act. If a person who is on bail fails without reasonable cause to surrender he shall be guilty of an offence. Thus, bail is not actually breached unless there is a failure to meet bail conditions “without reasonable cause.” In the case of Assange, the “reasonable cause” was the universal human right to seek asylum which overrides UK’s domestic laws.

Further, Assange is not a fugitive from British or any other kind of justice. He is being ruthlessly hounded by the US for publishing war crimes and human rights atrocities disseminated by major outlets. As Caitlin Johnstone has written, “Jumping bail suddenly becomes more important to focus on than the fact an innocent man is being effectively imprisoned for offending wealthy, powerful western plutocrats who can and do use the courts, governments, police forces, and the media to carry out their vindictive personal vendettas.”

In a situation where one of the most violent and aggressive governments in the world was tapping into all of its resources to begin a process of relentless persecution , Assange did what was most appropriate: seeking political asylum in the Ecuadorian embassy to avoid being extradited via Sweden to face the US Secret Grand Jury set up in East Virginia.

Put in a nutshell, UK’s arrest of Assange for breaching the Bail Act was flawed from the start. Despite this, Assange has already served many times over for “skipping bail” for the Swedish accusation of rape, which has been proven to be incorrect. All of this makes it clear that the refusal to grant bail to Assange will only extend a legal undertaking based from the start on trumped-up charges.

In the words of Nils Muižnieks, Amnesty International’s Europe Director, the “decision to refuse Julian Assange’s bail application renders his ongoing detention ‘arbitrary’, and compounds the fact that he has endured punishing conditions in high security detention at Belmarsh prison for more than a year…Rather than finally going home with his loved ones and sleeping in his own bed for the first time in almost ten years, Julian Assange will be driven back to his solitary cell in a high security prison.”

On hearing the rejection of bail, WikiLeaks editor-in-chief Kristinn Hrafnsson said, “We think it is unjust and unfair, and illogical when you consider [the judge’s] ruling two days ago about Julian’s health, which of course is caused in large part because he is being held in Belmarsh prison.” Hrafnsson was referring to Baraitser’s earlier ruling – now appealed by the US – wherein she blocked Assange’s extradition to USA on mental health grounds.  Given the fact that Assange has serious mental health issues, prolonged detention in Belmarsh prison will only exacerbate them. If mental health is grounds to deny extradition, it is also a basis for immediate release. Moreover, Assange also has chronic lung condition, which makes him extra vulnerable to Coronavirus. Taking into account these things, it only makes sense that UK should release a man whose only crime has been to release materials detailing the monstrosity of the system we live in.

The article Why Julian Assange Needs To Be Released – OpEd appeared first on Eurasia Review.