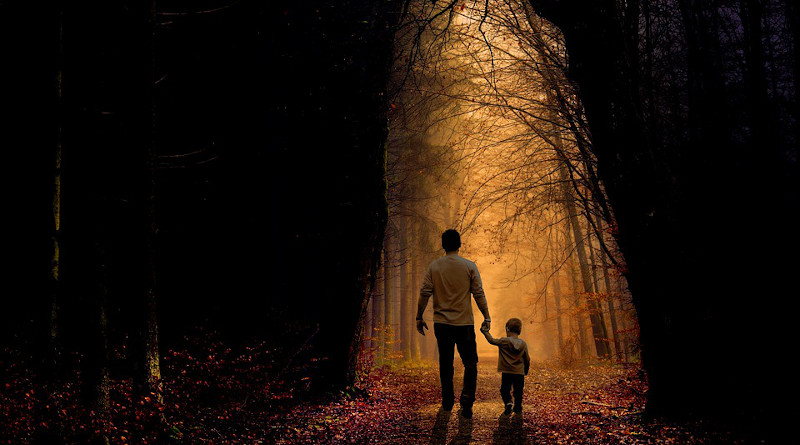 The United States, Canada, Australia, New Zealand, South Korea, Japan, and every country in Europe have fertility rates below replacement level (2.1 births per woman). And where there is smoke, the state has lit a fire.

This is not an accident, and much of what’s behind these demographic trends can be found in economic policy.

Below I’ll sprint through some of the many avenues through which the state encourages low fertility rates. One of the clearest channels is forcing the productive to pay for others’ abortions and contraception.

Beyond subsidizing the physical elimination and prevention of pregnancy, the two main ways the state reduces birthrates are by (1) reducing the potential benefits of having children and (2) by increasing the costs imposed on current and potential parents.

For example, Social insurance programs like Social Security and Medicare make it harder for adults to afford children while reducing the net benefits of having them.

First, working adults have a cut of their incomes taxed away to fund these programs which benefit only people beyond the years during which they are likely to be raising a family. Those who are net taxpayers during childbearing years are thus less capable of affording children. When these adults are retired and are unlikely to produce children, then the state transfers money to them. This also outsources the job of eldercare to the state, thus reducing one of the main perceived benefits of having children.

Moreover, as. Jörg Guido Hülsmann explains, social insurance programs reduce the incentive to have children by taxing away their incomes as well. If one of the reasons parents have children is that they expect their children to take care of them in their old age, the fact that the state will tax children makes them less financially capable of caring for their parents:

The state pension system turns this relationship upside down in economic terms. Families must continue to bear the costs of bringing up children but must share their children’s future tax payments with all other citizens, including the childless. The benefits of children are socialized, while the cost of raising children remains private. If you wanted to reduce families, you couldn’t think of anything better.

The regulatory state intervenes in family finances as well.  Minimum wage laws restrict employment even for a family’s older children who might otherwise have been able to contribute more fully to college costs, transportation costs, and more.  Minimum wage laws disproportionately affect the least skilled workers(like teenagers), whose productivity is not high enough for them to be worth hiring under a high minimum wage. These young workers are then denied entry-level jobs which rob the young workers of both income and work experience.

This could have reduced overall costs for parents in terms of future tuition, thus reducing student loan bills, and more. But by reducing unemployment for unskilled your workers, the state passes on to the parents higher costs for child-rearing.

The Wrong and the Right Way to Increase Birthrates

As with any activity, product, or service, when the state imposes higher costs, we can expect to see less of it. Thus, all else being equal, fertility rates would increase were fewer regulatory burdens placed on children and families.

On the other hand, some governments have moved to the opposite extreme in promoting pronatalist policies. These usually appear either as either cash transfers or tax exemptions for those who have children.

For example, in Poland parents received/receive about $125 a month for each child. Meanwhile, “Hungary’s populist prime minister, Viktor Orbán, has promised that women who have four or more children will never pay income tax again.”

Tax exemptions are arguably preferable to cash transfers, because they involve less bureaucratic waste. This is because it’s presumably easier to not take money from a portion of the populace than to take money from one group, identify the correct recipients, and transfer the money to them.

Indeed, in some cases, when the government transfers money from Peter to Paul, Paul actually only ends up with 30 cents on the dollar. The other seventy cents go to Bob the Bureaucrat:

on average, 70 cents of each dollar budgeted for government assistance goes not to the poor, but to the members of the welfare bureaucracy and others serving the poor….In contrast, administrative and other operating costs in private charities absorb, on average, only one-third or less of each dollar donated, leaving the other two-thirds (or more) to be delivered to recipients.

Of course, why stop at tax exemptions for just one group of people (i.e., potential parents)? Rather than put the state in the position of being “profertility” or “antifertility”—and picking winners and losers in terms of family planning—it would be best to lessen the overall government burden on all households. This must be done through reductions in the regulatory burden. Similarly, social security taxes, which necessarily transfer income and wealth from families with children (or potential children) to pensioners, should be reduced.

*About the author: Gor Mkrtchian is a research assistant at the Free Market Institute and a PhD student in the Department of Political Science at Texas Tech University. He received a BA in political science and theater studies from Yale University.