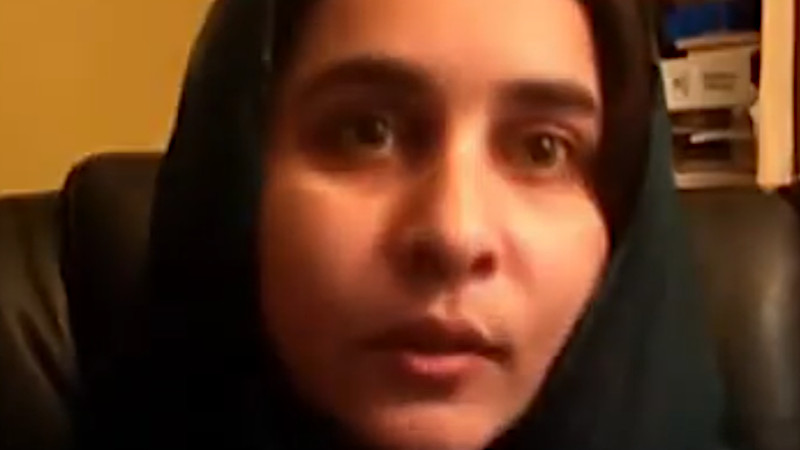 Residing in Canada since 2015, Karima Baloch disappeared on 20th December, 2020 and was found dead on 22nd December, 2020 near Lake Ontario in Toronto. Her death was shocking and sudden, while Indian media didn’t disappoint its viewers and put the blame on Pakistan for killing her. Karima Baloch, a Baloch dissident and a Pakistani sub-national, was in self-exile from Pakistan since 2015 due to charges of terrorism against her. Karima Baloch was a proponent of Indian scripted anti-Pakistan and anti-military narrative. She feigned to be a well-wisher of Baluch community and voiced her concerns over human rights violation in Baluchistan, which was nothing, but void narratives fuelled by Indian agencies to tarnish the image of Pakistan at the international arena.

Her personality was portrayed as one of the human rights activists and this led Karima Baloch to be listed in the top 100 most influential women of 2016 by BBC.  However, she has always upheld anti-Pakistani narratives. It is quite evident from her past interviews where she has nurtured detestation against Pakistan by falsely contending that Pakistan has forcefully occupied Baluchistan which is nothing, but an absurd lie. In her first-ever tweet in 2016 while replying to a post she stated that she is not a Pakistani national such was the intensity of her abhorrence towards Pakistan.

Tables were turned otherwise when Karima Baloch was declared a RAW facilitator by EU DisinfoLab – an independent European Union (EU) non-profit group that works on tackling sophisticated disinformation campaigns targeting the EU, its member states, core institutions, and core values., in their recently published report. Different investigations have unveiled Karima Baloch’s connections with different anti-state forums like South Asian Against Terrorism and Human Rights (SAATH). It lamented that various interviews and videos of Karima Baloch revealed her support towards the Indian nation. In 2016, Indian Prime Minister Narendra Modi, in his speech on Independence Day, addressed Baluchistan on which Karima Baloch thanked him and asked him to be the voice of their movement. Bowing to someone who has had occupied an area which is regarded as world’s heavily militarized area, Indian Held Jammu and Kashmir (IHJ&K), is a glaring illustration of double standards and bogus narratives regarding Baluchistan.

There is not even an iota of doubt in facts which have been unleashed by EU DisinfoLab as a plethora of evidence supported the facts. As the report exposed India’s terrorism, now India is trying to play her blame card. One can gauge the level of the absurdness of Karima Baluch’s notions by the fact that she has no moral courage to say a word in favour of her Kashmiri Brethren who are brutally oppressed by Indian army under the umbrella of fascist BJP rather she seemed to be highly indebted to PM Modi for fanning Baluchistan issue. Moreover, Indian media has linked Karima Baluch’s death to Pakistan and used every mean at her disposal to put the burden of Karima’s death on Pakistan’s shoulders. Also, Indian media links the death of Karima Baloch to the death of Sajid Hussain who was the founder and chief editor of “The Baluchistan Post”, he died earlier this year and his dead body was found in Fyris River near Uppsala in Sweden.

A Political and Defence analyst from Russia Michael Boris tweeted after the murder of Karima Baloch, in his tweet he stated that: “Anti Pakistan Activist Karima Baloch found dead in Toronto Canada. RAW is killing their assets after EU Disinfo report which expose Indian state sponsor terrorism. She was playing in the hand of RAW. Now she had been exposed so RAW is cleaning it’s mess”. His tweet has made it crystal clear that India has never stopped to launch terrorism on Pakistani soil with the tool of RAW agents.

Canada’s former Minister of Citizenship and Immigration Chris Alexander tweeted that: “All of us who knew Karima see the circumstances of her death as deeply suspicious. We must leave no stone unturned in uncovering & confronting the reality of what happened to her. The Toronto police, after the investigation, has revealed that the death of Karima Baloch was non-criminal and they haven’t found any evidence of deception.” RAW has been manipulating many individuals to gain its vested interests against Pakistan and this has given severe dent to Pakistan globally. The sole purpose of Indian Media, establishment and agencies seem to supress Pakistan and her economy by lobbying such and more narratives at various international platforms such as FATF. Pakistan has presented shreds of evidence at multiple international platforms which have cemented the fact that India is using Baluchistan as launching pad against Pakistan which has raised global concerns over Indian state-sponsored terrorism.