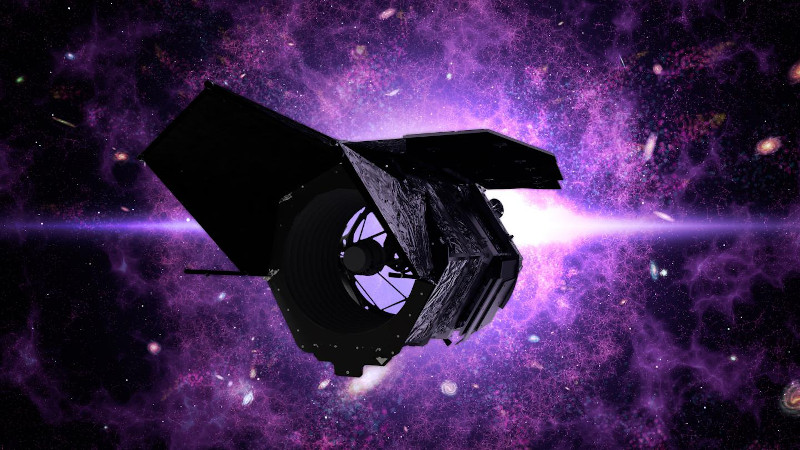 When it launches in the mid-2020s, NASA’s Nancy Grace Roman Space Telescope will explore an expansive range of infrared astrophysics topics. One eagerly anticipated survey will use a gravitational effect called microlensing to reveal thousands of worlds that are similar to the planets in our solar system. Now, a new study shows that the same survey will also unveil more extreme planets and planet-like bodies in the heart of the Milky Way galaxy, thanks to their gravitational tug on the stars they orbit.

“We were thrilled to discover that Roman will be able to offer even more information about the planets throughout our galaxy than originally planned,” said Shota Miyazaki, a graduate student at Osaka University in Japan who led the study. “It will be very exciting to learn more about a new, unstudied batch of worlds.”

Roman will primarily use the gravitational microlensing detection method to discover exoplanets – planets beyond our solar system. When a massive object, such as a star, crosses in front of a more distant star from our vantage point, light from the farther star will bend as it travels through the curved space-time around the nearer one.

The result is that the closer star acts as a natural lens, magnifying light from the background star. Planets orbiting the lens star can produce a similar effect on a smaller scale, so astronomers aim to detect them by analyzing light from the farther star.

Since this method is sensitive to planets as small as Mars with a wide range of orbits, scientists expect Roman’s microlensing survey to unveil analogs of nearly every planet in our solar system. Miyazaki and his colleagues have shown that the survey also has the power to reveal more exotic worlds – giant planets in tiny orbits, known as hot Jupiters, and so-called “failed stars,” known as brown dwarfs, which are not massive enough to power themselves by fusion the way stars do.

This new study shows that Roman will be able to detect these objects orbiting the more distant stars in microlensing events, in addition to finding planets orbiting the nearer (lensing) stars.

The team’s findings are published in The Astronomical Journal.

Astronomers see a microlensing event as a temporary brightening of the distant star, which peaks when the stars are nearly perfectly aligned. Miyazaki and his team found that in some cases, scientists will also be able to detect a periodic, slight variation in the lensed starlight caused by the motion of planets orbiting the farther star during a microlensing event.

As a planet moves around its host star, it exerts a tiny gravitational tug that shifts the star’s position a bit. This can pull the distant star closer and farther from a perfect alignment. Since the nearer star acts as a natural lens, it’s like the distant star’s light will be pulled slightly in and out of focus by the orbiting planet. By picking out little shudders in the starlight, astronomers will be able to infer the presence of planets.

“It’s called the xallarap effect, which is parallax spelled backward. Parallax relies on motion of the observer – Earth moving around the Sun – to produce a change in the alignment between the distant source star, the closer lens star and the observer. Xallarap works the opposite way, modifying the alignment due to the motion of the source,” said David Bennett, who leads the gravitational microlensing group at NASA’s Goddard Space Flight Center in Greenbelt, Maryland.

While microlensing is generally best suited to finding worlds farther from their star than Venus is from the Sun, the xallarap effect works best with very massive planets in small orbits, since they make their host star move the most. Revealing more distant planets will also allow us to probe a different population of worlds.

Mining the core of the galaxy

Most of the first few hundred exoplanets discovered in our galaxy had masses hundreds of times greater than Earth’s. Unlike the giant planets in our solar system, which take 12 to 165 years to orbit the Sun, these newfound worlds whirl around their host stars in as little as a few days.

These planets, now known as hot Jupiters due to their giant size and the intense heat from their host stars, weren’t expected from existing planetary formation models and forced astronomers to rethink them. Now there are several theories that attempt to explain why hot Jupiters exist, but we still aren’t sure which – if any – is correct. Roman’s observations should reveal new clues.

Even more massive than hot Jupiters, brown dwarfs range from about 4,000 to 25,000 times Earth’s mass. They’re too heavy to be characterized as planets, but not quite massive enough to undergo nuclear fusion in their cores like stars.

Other planet-hunting missions have primarily searched for new worlds relatively nearby, up to a few thousand light-years away. Close proximity makes more detailed studies possible. However, astronomers think that studying bodies close to our galaxy’s core may yield new insight into how planetary systems evolve. Miyazaki and his team estimate that Roman will find around 10 hot Jupiters and 30 brown dwarfs nearer to the center of the galaxy using the xallarap effect.

The center of the galaxy is populated mainly with stars that formed around 10 billion years ago. Studying planets around such old stars could help us understand whether hot Jupiters form so close to their stars, or are born farther away and migrate inward over time. Astronomers will be able to see if hot Jupiters can maintain such small orbits for long periods of time by seeing how frequently they’re found around ancient stars.

Unlike stars in the galaxy’s disk, which typically roam the Milky Way at comfortable distances from one another, stars near the core are packed much closer together. Roman could reveal whether having so many stars so close to each other affects orbiting planets. If a star passes close to a planetary system, its gravity could pull planets out of their usual orbits.

Supernovae are also more common near the center of the galaxy. These catastrophic events are so intense that they can forge new elements, which are spewed into the surrounding area as the exploding stars die. Astronomers think this might affect planet formation. Finding worlds in this region could help us understand more about the factors that influence the planet-building process.

Roman will open up a window into the distant past by looking at older stars and planets. The mission will also help us explore whether brown dwarfs form as easily near the center of the galaxy as they do closer to Earth by comparing how frequently they’re found in each region.

By tallying up very old hot Jupiters and brown dwarfs using the xallarap effect and finding more familiar worlds using microlensing, Roman will bring us another step closer to understanding our place in the cosmos.

“We’ve found a lot of planetary systems that seem strange compared with ours, but it’s still not clear whether they’re the oddballs or we are,” said Samson Johnson, a graduate student at Ohio State University in Columbus and a co-author of the paper. “Roman will help us figure it out, while helping answer other big questions in astrophysics.”