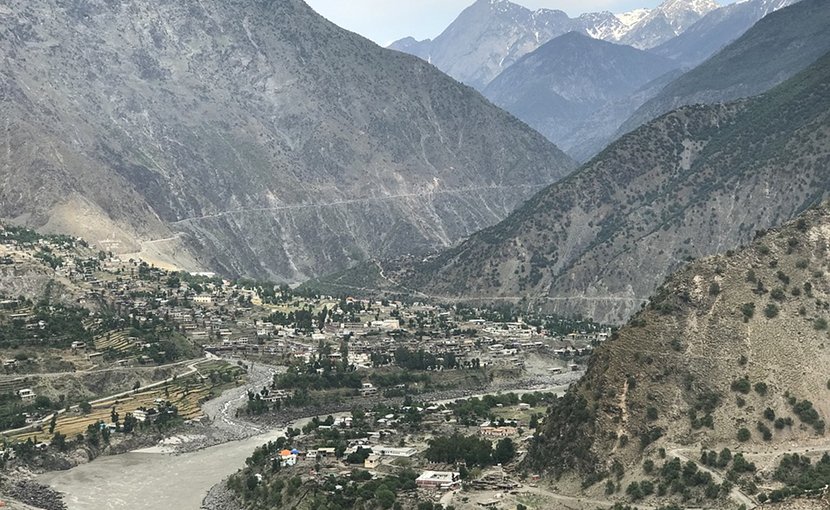 On January 24, 2021, five Tehreek-e-Taliban Pakistan (TTP) militants, including two ‘commanders’, were killed in intelligence-based operations in Mir Ali and Khesur areas of North Waziristan District in Khyber Pakhtunkhwa (KP). The slain ‘commanders’ were identified as Syed Raheem and Saifullah Raheem.

On January 20, 2021, Police foiled a terrorist attack in the Utmankhel area of Bajaur District in KP, killing two TTP cadres. According to the Police, they received intelligence that an attack was planned in Utmankhel.

On January 19, 2021, two Security Force (SF) personnel were killed and one injured when two unidentified militants riding a motorcycle opened fire at an SF Road Protection team in the jurisdiction of the Gomal Police Station in Tank District, KP.

On January 17, 2021, three people, including a former Pakistan Tehreek-e-Insaf (PTI) Nazim (Organizer), Qamar Khan, were shot dead when Khan’s vehicle came under attack by unidentified assailants near a private hospital on Mardan Road in Swabi District of KP. A passer-by was also among the dead.

According to partial data compiled by the South Asia Terrorism Portal (SATP), KP has accounted for at least 26 terrorism-related fatalities (including four civilians, nine SF personnel and 13 terrorists) in 2021, thus far (data till January 24, 2021). During the corresponding period of 2020, the Province recorded only three terrorism-linked fatalities (a fatality each in the civilian, SF and militant categories).

More worryingly, civilian fatalities almost doubled from 30 in 2019 to 61 in 2020, demonstrating a clearly worsening security situation.

The most violent District in 2020 was North Waziristan, which accounted for 110 deaths in 2020, followed by Peshawar (27 fatalities), South Waziristan (21 fatalities).

In 2019 as well, North Waziristan had chalked up the maximum of 50 killings, followed by Dera Ismail Khan (30) and Peshawar (nine).

North Waziristan, which is the epicentre of violence in the Province, shares borders with Bannu, Tank, Dera Ismail Khan and Kurram Districts of KP in the North and Northeast; Sherani and Musakhel Districts of Balochistan to the South; and Khost, Paktia, and Paktika Provinces of Afghanistan to the West and Northwest. Its strategically central and vulnerable location gives North Waziristan tremendous importance for the militants and terrorists of various hues.

Pakistan had deliberately long delayed operations in North Waziristan, as the region provided shelter to its own Afghan terrorist proxy, the Haqqani Network. The Haqqani Network has been persistently accused by the United States of attacking allied and Afghan forces in Afghanistan. Pakistan had, however, resisted American pressure to go in for an all-out operation in the Province in order to ensure that the Haqqani Network safe haven was not disrupted. After the Jinnah International Airport attack on June 8, 2014, Pakistan lunched Operation Zarb-e-Azb (Sword of the Prophet) on June 15, 2014, against the Tehrik-e-Taliban Pakistan terrorists, after extracting the Haqqani cadres from the region.

Inevitably, not just the Haqqanis, but most of terrorist groups and their cadres shifted to the other side of the Afghan border before the start of the Operation, allegedly tipped off by the Pakistan security establishment. A July 7, 2014, report noted that up to 80 per cent of terrorists fled after ‘rumours’ of an Army assault emerged in early May 2014, most of them across the porous borders into Afghanistan. Later, a March 8, 2017, report confirmed that many terrorists managed to escape, slipping across the border to eastern Afghanistan.

Reports now indicate that the terrorists who had escaped to other areas were ‘coming back home’. Journalist Ihsanullah Tipu Mehsud, covering Khyber Pakhtunkhwa for The New York Times, asserted, on August 3, 2020,

Fear has engulfed South and North Waziristan tribal districts with a rampant influx of terrorists in the area in recent months. Packs of Taliban fighters have been sneaking into Pakistan’s north-western region from hideouts just across the Afghan border. Pakistani officials and local residents worry that the American withdrawal from Afghanistan following a peace deal signed by the US and Taliban in February will further embolden the Pakistani Taliban’s return to the region.

Not surprisingly, Aman Lashkar (Peace Committee) members and tribal elders, who had supported the Government in the fight against the terrorists, are under increasing threat. Attacks on tribal elders recorded a spike in 2020. According to partial data compiled by SATP, there were six incidents targeting tribal elders, resulting in the death of 10 elders in 2020, while 2019 saw six fatalities in five such incidents. Similarly, during 2018, six tribal elders were killed in four incidents of targeted attack in the tribal areas. Through 2017 and 2016, there were two such deaths in two incidents. The tribal areas recorded 11 such incidents, resulting in 14 killings in 2015. SATP’s partial data, based on erratic reporting in the Pakistani media, confirms the killing of at least 180 tribal elders since 2005, in 122 incidents.

Meanwhile, people in the region are worried about the unification of terrorist groups. Radio Mashaal in a September 16, 2020, report, quoted a local resident, Syed Ayub Khan, as stating, “We are worried that these people [terrorists] are reuniting once again. We fear that the peace we have achieved since the military offensive is being lost.”

Indeed, the re-unification of the Tehreek-e-Taliban Pakistan (TTP) which had created havoc in the region between 2007 and early 2014, has begun. On August 17, 2020, TTP confirmed that the breakaway Jamaat-ul-Ahrar (JuA) and Hizb-ul-Ahrar (HuA) had re-joined the group. JuA ‘chief’ Omar Khalid Khurasani and HuA ‘chief’ Omar Khurasani have pledged allegiance to the TTP ‘chief’ Noor Wali Mehsud, the TTP statement disclosed. JuA parted ways with TTP in 2014, after developing differences with the then leader of the group, Mullah Fazlullah. It had even condemned the TTP’s December 16, 2014, Army Public School attack, which had resulted in the death of 148 persons, including 135 children. HuA was formed later, after JuA split into two groups. The regrouping of all faction of TTP under the leadership Noor Wali Mehsud is a matter of serious concern.

Further, JuA and HuA are not the only groups that have re-joined the TTP lately. After the death of TTP-Hakimullah Mehsud (TTP-HK) ‘chief’ Shehryar Mehsud on February 12, 2020, TTP-HK under its ‘commander’ Mukhlis Yaar Mehsud, re-joined the parent outfit in July 2020.

The ‘home coming’ of terrorists and re-unification of the grouping is likely to create further turbulence in the Province, in particular, and the country at large. It will also throw a challenge to the security establishment in neighbouring countries and the international community, as the region has served as a terrorist shelter for a variety of terrorist formations for a very long time.

The article Pakistan: Resurgence On The Cards In Khyber Pakhtunkhwa – Analysis appeared first on Eurasia Review.