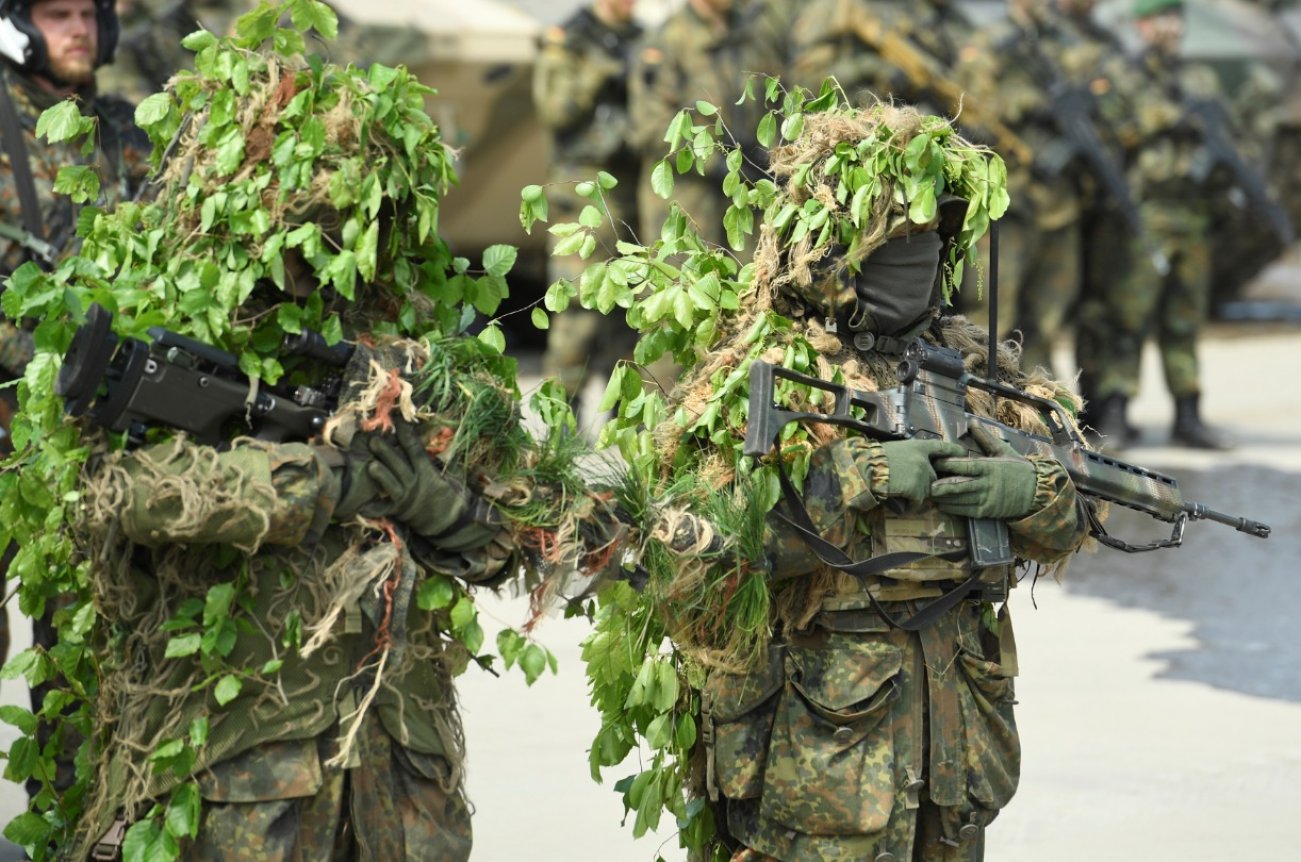 A nation that sustained millions of deaths in a terrible conflict can be forgiven for needing heroes.

Here’s What You Need To Remember: Yet the enduring appeal of the Stalingrad story also shows our fascination with snipers, those skilled hunters of men. If the duel involves two such craftsmen pitted against each other, then so much the better. The Great Stalingrad Duel may be myth. But that makes it no less a dramatic story.

More From The National Interest:

Yes, America Has a ‘Ninja’ Missile

How China Could Sink a U.S. Navy Aircraft Carrier

Russia Has Missing Nuclear Weapons Sitting on the Ocean Floor

In the blazing ruins of Stalingrad, where men hunted men with such savagery that even the dogs fled howling into the night, occurred the greatest sniper duel in history.

On one side was Vasily Zaitsev, the Soviet army’s deadliest sniper, with some 400 kills. On the other was one “Major Konig,” the head of the German army’s sniper school in Berlin, whom the Nazi high command had dispatched to Stalingrad to hunt down Zaitsev. They met on a fateful afternoon—two marksmen stalking each other on the battlefield. Only Zaitsev survived. Or so the popular retelling would have you believe.

This epic contest between two supersnipers has been immortalized in numerous books and most famously in the 2001 movie Enemy at the Gates. In his autobiography Notes of a Russian Sniper, Zaitsev himself describes how he carefully studied the battlefield until he deduced that Konig was hidden under a sheet of iron surrounded by a small pile of bricks, in the no-man’s-land between the German and Soviet lines.

Mindful that Konig had already picked off several of his fellow snipers, Zaitsev baited a trap with his friend Kulikov.

Kulikov fires off a blind shot. We have to arouse the sniper’s interest. We decide to sit out the first half of the day; light reflecting from the scopes could give us away. In the afternoon our rifles are in the shade while the direct light of the sun falls upon the German’s position.

Something sparkles by the edge of the sheet. Is this a piece of glass that just happens to be there, or is the telescopic sight of a sniper’s rifle? Very carefully, as only the most experienced sniper would do, Kulikov starts to raise a helmet. The German fires. Kulikov raises himself for a brief moment, shouts loudly and falls.

It was then that Konig paid for his final mistake, Zaitsev writes. Thinking his Soviet nemesis was dead, Konig “sticks half of his head out from under the sheet. I fire. The German’s head sinks, and the optical sight of his rifle sparkles in the sunlight.”

Could there be a more dramatic war story? No—considering it’s probably not true.

First, there is no mention in German that a master sniper named Major Konig (Ellis spells it “Konings”) ever existed. Nor had the Germans established a sniper school in Berlin in 1942 or ’43, when the Battle of Stalingrad was fought.

Ellis also notes that while Zaitsev usually provides specific dates for the events in his book, there is no date listed for when he killed Konig. “In view of the vast amount of interest in this duel then and long after the war, it is striking that no Soviet account provides the precise date on which Konings succumbed,” Ellis writes.

Ellis also points to inconsistencies in Zaitsev’s account. Zaitsev describes slaying Konig in the afternoon after sunlight glints off the German’s rifle or scope. But for that to happen, Konig must have been facing west into the setting sun, even though the German lines were facing east.

Recommended: What Will the Sixth-Generation Jet Fighter Look Like?

It would not be unusual for a sniper like Konig to have infiltrated behind the Soviet positions so that he was facing west, but then Zaitsev states the Konig’s sniper hole was in the no-man’s-land in front of German lines, suggesting he was indeed facing east. “Zaitsev shows himself to be aware of the hazard of sunlight,” writes Ellis. “Are we to believe that his formidable opponent was not, and that he made this elementary and fatal error?”

According to Zaitsev, he and Kulikov dragged Konig’s body back to Soviet lines after dark. “We removed his documents and handed them over to the divisional commander,” he writes. But Ellis says that he has “yet to come across a single Soviet or post-Soviet source that provides any details of these documents or that even acknowledges their existence, apart from Zaitsev’s account.”

The Soviet and German armies in World War II used hordes of snipers—far more than the American and British armies—to pick off enemy officers, artillery observers and machine-gun crews. The Soviets were especially aggressive in using them in Stalingrad; German records are filled with complaints about moving out their trenches only at the risk of their lives.

Thus it is quite possible that Zaitsev fought and killed a German sniper that day. That his victim was some German uber-sniper, who fell for a simple ruse, is a more dubious proposition.

While the image of today’s sniper is of a highly-trained professional, such training would not have been a necessity in a close-range urban battle such as Stalingrad, Ellis tells me. When engaging an enemy at ranges of less than 100 meters, “keeping one’s cool is essential, especially if the enemy is allowed to pass over a soldier’s position so that the enemy can then be engaged from the rear,” the author says by email.

“It can also be noted that in the dense forests of Finland, Finnish snipers would engage Soviet troops at very close ranges—Japanese also in World War II,” Ellis continues. “At these sorts of ranges, most soldiers do not need to be highly qualified snipers and are able to kill with one shot.”

So why the legend of Zaitsev versus Konig? Because propaganda is as formidable and useful a weapon as a rifle or tank. In the hands of a skilled writer such as Vasily Grossman, who wrote that Zaitsev had never hurt a living creature until motivated by hatred of the German invaders, the Soviet people could find a hero to inspire them in the long and bloody struggle against Nazi Germany.

A nation that sustained millions of deaths in a terrible conflict can be forgiven for needing heroes.

Yet the enduring appeal of the Stalingrad story also shows our fascination with snipers, those skilled hunters of men. If the duel involves two such craftsmen pitted against each other, then so much the better. The Great Stalingrad Duel may be myth. But that makes it no less a dramatic story.

This first appeared in WarIsBoring here.