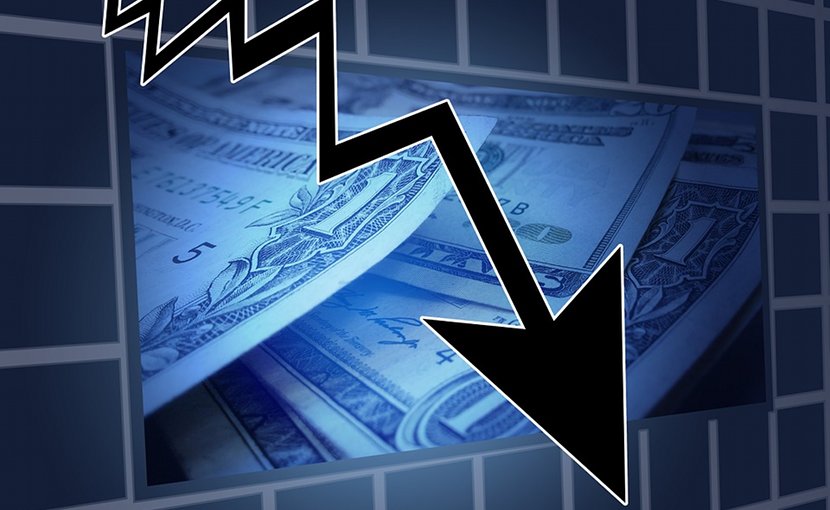 Claudio Grass (CG): Part and parcel of that same institutional “strategy”, especially in its current form, is the idea that deficits and debt don’t matter. Basically, after 2020, it can be argued that we’re all Modern Monetary Theorists now, as nobody in any position of authority has expressed any real concern over the actual costs of all this “free money”. Given the undeniable political advantages of such a “Magic Money Tree”, do you think there’s any way we’re going back to a sensible policy path?  (Click here to read Part I of this interview)

Karim Taleb (KT): Besides exerting a monopoly over the issuance of the dollar, the Fed and the government seem equally interested in monopolizing the field of economics.

The mainstream media is an important tool towards this end, and to a large extent parrots the central banks and official governmental positions. Some professors of economics with vested career ambitions can also become very creative in supporting questionable theories like MMT, and do receive mainstream media coverage in a positive light.

On the other hand, professionals holding alternate policy opinions, such as those promulgated by the Austrian School of Economics or the Mises Institute, rarely receive any positive mainstream media attention, if at all. Worse, some of those individuals posting their lectures and views on social media are increasingly seeing their channels restricted. Even a fine scholar and former U.S. Representative Congressman like Dr. Ron Paul has had his channel censored by Youtube recently.

This begs the question: What is the establishment so afraid of when it comes to presenting or debating policy views in public?

If implementing MMT requires clamping down on independent thinking and free speech, then we all have a separate and more pressing problem at hand.

The financial reality of affairs is that the state of the US economy cannot support any serious hike in interest rates without bringing down the entire bond market.  This would be a death sentence to many financial institutions including banks. Further, the US dollar also remains the official world reserve currency on the one hand, while on the other the US Treasury has lost its ability to borrow on the international scene.

Sovereign nations understand this situation much better than the typical citizen does.  When all is said and done, no sovereign country is going to accept the current financial privilege still granted to the US, or the right of printing the world reserve currency and force others to accept its fiat if officially unbacked. While gold has been taken out of public view, it remains a prime concern for all national treasuries and central banks as the sole effective anchor of their local currencies.

The current dollar-based establishment hence finds itself in a checkmate position. It has pushed itself into an untenable position, while it’s still not willing to take responsibility for decades of failed policies. Instead, it is now coming up with silly theories that do not hold water, such as MMT, in order to justify putting in place an autocratic regime and hang on to power. The bank and the government have essentially blended into one entity, and talk about MMT is an attempt to further cement any missing links.

Therefore, barring a major unanticipated event, I do not see us pedaling back to a more sensible policy path in the foreseeable future.

CG: What is your own view on the role of precious metals in a portfolio and what’s your outlook for 2021 and beyond?

KT: Gold and silver have generally been taken off the scene and are not on the radar of most investors and fund managers. Those who still keep track of the metals and who use portfolio construction methods, such as MPT or some variants, find it difficult to make the case for any significant percentages to be allocated to them.

MPT for instance stipulates that the risk-free assets are the T-Bills and the dollar by default. Such a definition of ‘the box’ excludes any consideration of systemic risk, which is now the dominant risk by far. What’s the point of holding a multi-billion dollar equities portfolio at a bank that may not survive the next quake? MPT also does not define what a dollar or money is, and this is a serious problem to me.

In a ‘bubble finance’ situation that we are facing today, where stocks, bonds, and real estate are flying sky high, and while many systemically critical banks such as Deutsche Bank, among others, are still trading at levels below their stock price of 2008, and all that despite massive direct purchases of their stocks by some central banks,  there is more than one reason to be seriously concerned.

Too many pins and detonators are lying around; it would be naïve and irresponsible for a fund manager not to plan for such systemic contingencies.

When money is held as gold and silver, there is nothing that the central banks can do to hurt the value of your portfolio or life savings. The central banks can print as much as they please and you’ll still be standing unshaken. This is a powerful position one wants to be in.

The monetary metals are tremendously undervalued as we speak, and have so many factors I think are working in their favor – certainly a required portfolio allocation in my book.

All these astronomical imbalances can only be resolved by the great equalizer of the ages. There is a tremendous opportunity in holding precious metals going into 2021 and beyond. To those still standing on the sidelines, I’ll quote the now infamous George Soros: ‘Buy first and think later’.

CG: We saw gold and silver take off last year, arguably kickstarting a new bull market. But still, it’s mostly conservative investors and well-read people, versed in history and familiar with the monetary system that hold physical metals for reasons other than mere price speculation. Why is it that the wider public still prefer to trust a bank, or their government and its fiat money with their life’s savings?

KT: We’d all agree that trusting a fox to guard the chickens is not a good idea!

The American people have not had an audit on their national gold entrusted to the Fed since 1913. We also wonder whether there still is any gold or silver left at Fort Knox and West Point. And so, there is a lot to be concerned about when holding fiat currency, and even more so if kept at a bank.

The wider public remains asleep, and this applies to many critical issues of nowadays.  When it comes to gold and silver, we’re dealing with a case of mass conditioning bordering hypnosis.

Social engineering has been at work, and it is not limited to mere theoretical concepts in behaviorism if one delves into the topic. A certain agenda has been stealthily infiltrating our society. The purpose is to predispose the people’s behavior in a fashion that suits the goals of the globalists. This mental manipulation is very much in effect within the realm of money and banking – two crucial components of the control grid.

As far as trust goes, I doubt that people in general think of their bank or government as particularly trustworthy. They simply continue to conduct their financial necessities via their offices due to their availability and lack of other readily available alternatives. The idea of having instant access to cash and payment facilities is also very appealing to the people and keeps their guards down.

On the other hand, purchasing precious metals requires learning a new process, and overcoming some personal mental barriers often rooted in fears and uncertainties.  These barriers, be they real or imagined, are preventing many individuals and institutions from exchanging a good portion of their fiat for real and solid money.

There is also a full-out physical and information war against gold and silver, which carries on undeclared. People are being misled and manipulated in carefully conceived and deceptive manners. On top of that, the central banks also regularly intervene in the open markets against the metals by crashing their price in order to slow down their rise while also keeping the buyers at bay.

Otherwise, given that the prevailing banking and currency risk are at stratospheric levels, and given that the US Constitution clearly states that only gold and silver are lawful money, how is it that people and financial institutions are not actively converting their fiat accounts into physical precious metals?

Intuitively, we all know that there is something wrong when exchanging our work and effort for an irredeemable piece of paper. Most nevertheless remain stuck in a hostage situation, maybe best explained as a blend of a ‘normalcy bias’ and a ‘Stockholm syndrome’.

Most individuals are reluctant to step outside their comfort zone and prefer to stick to the herd. They have a sense of safety in doing so, but alas, a false one. It takes a certain character or some strong willed individuals to step out from the crowd.

Finally, from a higher standpoint, and as part of our collective march now reaching this ominous turning point, humanity is being given a choice, to either stand up and affirm its most fundamental rights, where individuals take charge of their money, property and destiny, or willingly surrender their belongings, their free will, and their fate to the banks’ and the government’s whim.

The article ‘The Bank And The Government Have Essentially Blended Into One Entity’ (Part II) – Interview appeared first on Eurasia Review.