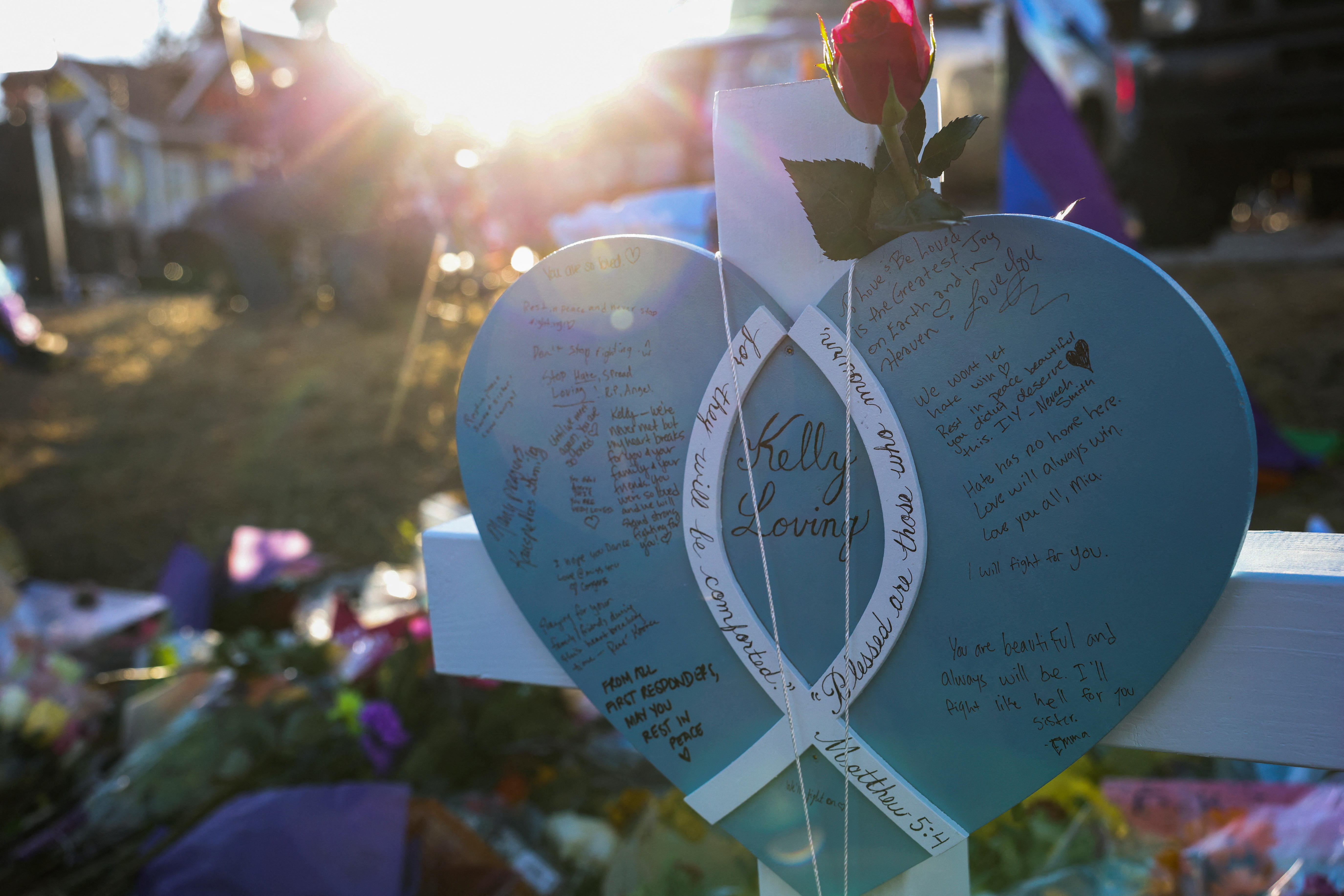 A sign with a rose is displayed on a cross near the Club Q LGBTQ nightclub following a mass shooting in Colorado Springs, Colorado, U.S., November 21, 2022. REUTERS/Kevin Mohatt

The suspect in the mass shooting that killed five people and wounded 17 at a Colorado Springs LGBTQ nightclub has been transferred to jail from the hospital where he was in police custody, police said on Tuesday.

“CSPD has turned over custody of the Club Q suspect to the El Paso County Sheriff’s Office at the jail,” the Colorado Springs Police Department said on Twitter.

Police held Anderson Lee Aldrich, 22, on initial charges including five counts of first-degree murder and bias crimes. Prosecutors said that once he was out of the hospital, they expected to file formal criminal charges that may differ.

Though officials have not detailed his injures, the suspect was pummeled by Richard Fierro, a decorated former Iraq and Afghanistan war veteran, in a successful effort to stop the assault at Club Q in Colorado’s second-largest city.

Fierro said he also tackled the gunman and took a pistol from him which he used to beat the man into submission, adding that he was aided by another man who removed the shooter’s rifle, which Fierro described as an AR, and kicked him.

Police identified the second man as Thomas James, who the U.S. Navy on Tuesday identified one of its sailors.

James, a Navy information systems technician second class, was injured in the Colorado Springs shooting and in stable condition, the Navy said in a statement. It did not immediately respond to a request for further comment.