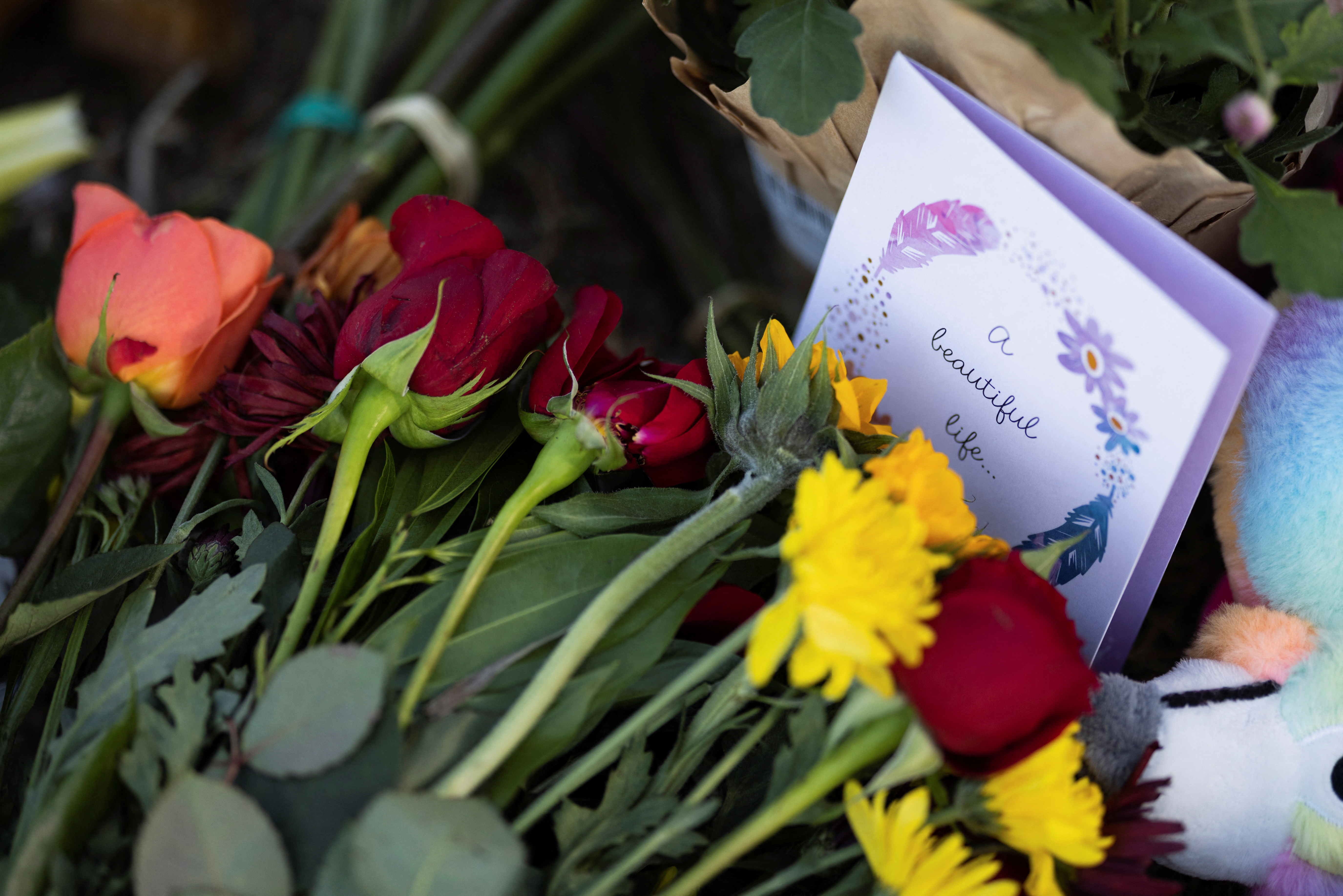 Flowers, stuffed animals, candles and cards are placed at a memorial for the victims of a mass shooting at LGBTQ nightclub Club Q in Colorado Springs, Colorado, U.S. November 21, 2022. REUTERS/Alyson McClaran

Amid the blood and chaos of a mass shooting in a Colorado LGTBQ club, two men emerged from the crowd to subdue the gunman.

Officials did not elaborate on the men’s actions. Fierro’s wife Jess Fierro said Monday that her husband, a decorated U.S. Army Afghanistan and Iraq veteran and microbrewery owner, hit the shooter with the suspect’s pistol before he and the other man pinned down the gunman after five people were killed and 17 wounded.

The dead included the boyfriend of the Fierros’ daughter, Fierro’s wife Jess said in a post on her family brewery’s Facebook page.

The Fierros had been celebrating a friend’s birthday at Club Q when the attack took place, Jess Fierro said.

Raymond Green, the boyfriend of her daughter Kassy, was shot dead and the couple’s two best friends were both shot multiple times, she said by text message. Colorado Springs police identified a Raymond Green Vance among the dead.

At this point, Rich Fierro rushed the shooter, pulled him to the ground, then grabbed the gunman’s pistol and hit him with it, Jess Fierro said by text.

“Rich injured both his hands, knees and ankle as he apprehended the shooter. He was covered in blood,” Jess Fierro said.

The Fierro’s Atrevida Beer Company was closed on Monday as family members gathered at their home in a quiet Colorado Springs suburb to mourn.

Fierro served 14 years in the military and was awarded the Bronze Star twice as he served as a field artillery officer during three tours of Iraq and a tour of Afghanistan, U.S. Army records show.