Dutch judges on Thursday convicted three men of murder for their role in the 2014 shooting down of Malaysia Airlines flight MH17 over Ukraine, and sentenced them to life in prison.

A fourth man was acquitted.

MH17 was a passenger flight that was shot down over eastern Ukraine on July 17, 2014, killing all 298 passengers and crew.

“Only the most severe punishment is fitting to retaliate for what the suspects have done, which has caused so much suffering to so many victims and so many surviving relatives,” Presiding Judge Hendrik Steenhuis said, reading a summary of the ruling.

Families of victims stood weeping and wiping away tears in the courtroom as Steenhuis read the verdict.

A fourth, Russian Oleg Pulatov, was acquitted on all charges.

At the time, the area was the scene of fighting between pro-Russian separatists and Ukrainian forces, the precursor of this year’s conflict.

Russia invaded Ukraine in February and claims to have annexed the Donetsk province where the plane’s wreckage and victims’ remains were once scattered across cornfields.

Steenhuis said the men did not enjoy any immunity from prosecution as they were not members of the Russian armed services.

“There is no reasonable doubt” that MH17 was shot down by a BUK missile system, Steenhuis said.

Victims’ representatives said the ruling is an important milestone, though the suspects remain fugitives. They are all believed to be in Russia, which will not extradite them.

Moscow denies any involvement or responsibility for MH17’s downing and in 2014 it also denied any presence in Ukraine.

In a briefing in Moscow on Thursday, Deputy Foreign Ministry Spokesman Ivan Nechaev told reporters the government would examine the court’s findings.

“We will study this decision because in all these issues, every nuance matters,” he said.

The four men were charged with shooting down an airplane and with murder in a trial that was held under Dutch law.

Phone call intercepts that formed a key part of the evidence against the men suggested they believed they were targeting a Ukrainian fighter jet.

Of the suspects, only Pulatov had pleaded not guilty via lawyers he hired to represent him. The others were tried in absentia and none attended the trial.

Victims of MH17, which had been en route from Amsterdam to Kuala Lumpur, came from 10 different countries. More than half were Dutch.

The investigation was led by the Netherlands, with participation from Ukraine, Malaysia, Australia and Belgium. 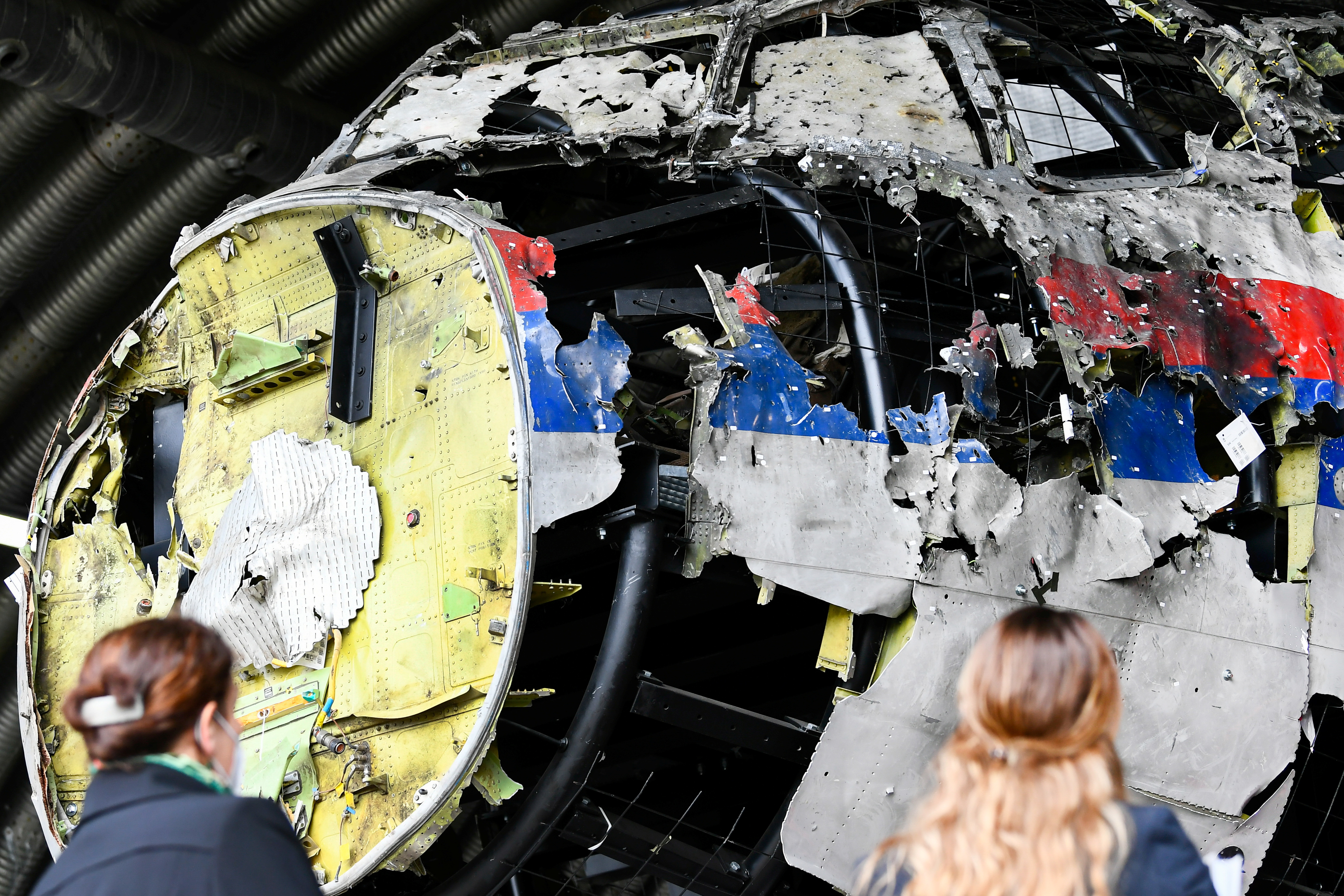 Lawyers attend the judges’ inspection of the reconstruction of the MH17 wreckage, as part of the murder trial ahead of the beginning of a critical stage, in Reijen, Netherlands, May 26, 2021. REUTERS/Piroschka van de Wouw/Pool 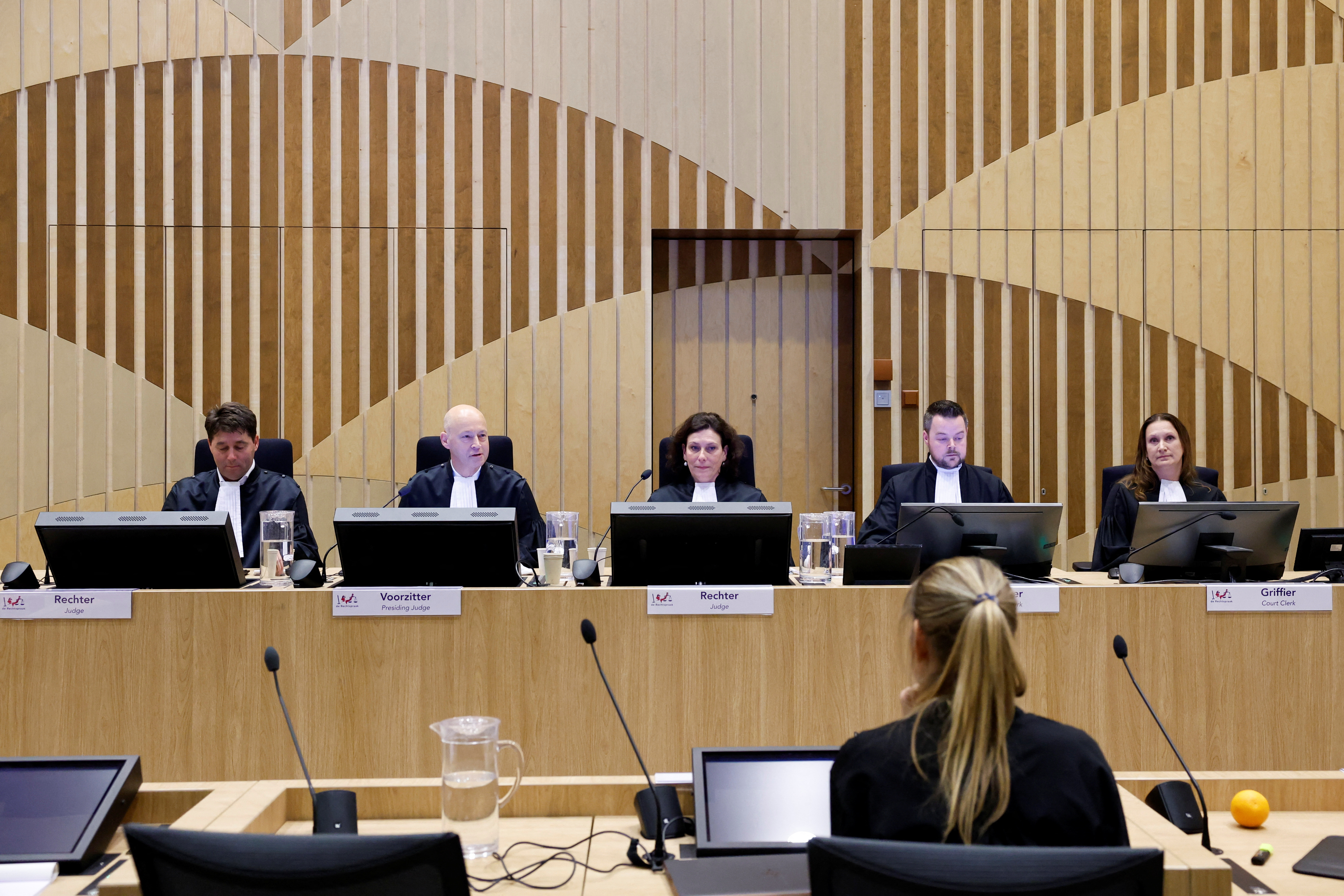 Judges sit in the courtroom as the Dutch court announces its ruling in the MH17 trial of three Russians and a Ukrainian in the Schiphol Judicial Complex, Badhoevedorp, Netherlands, November 17, 2022. REUTERS/Piroschka van de Wouw 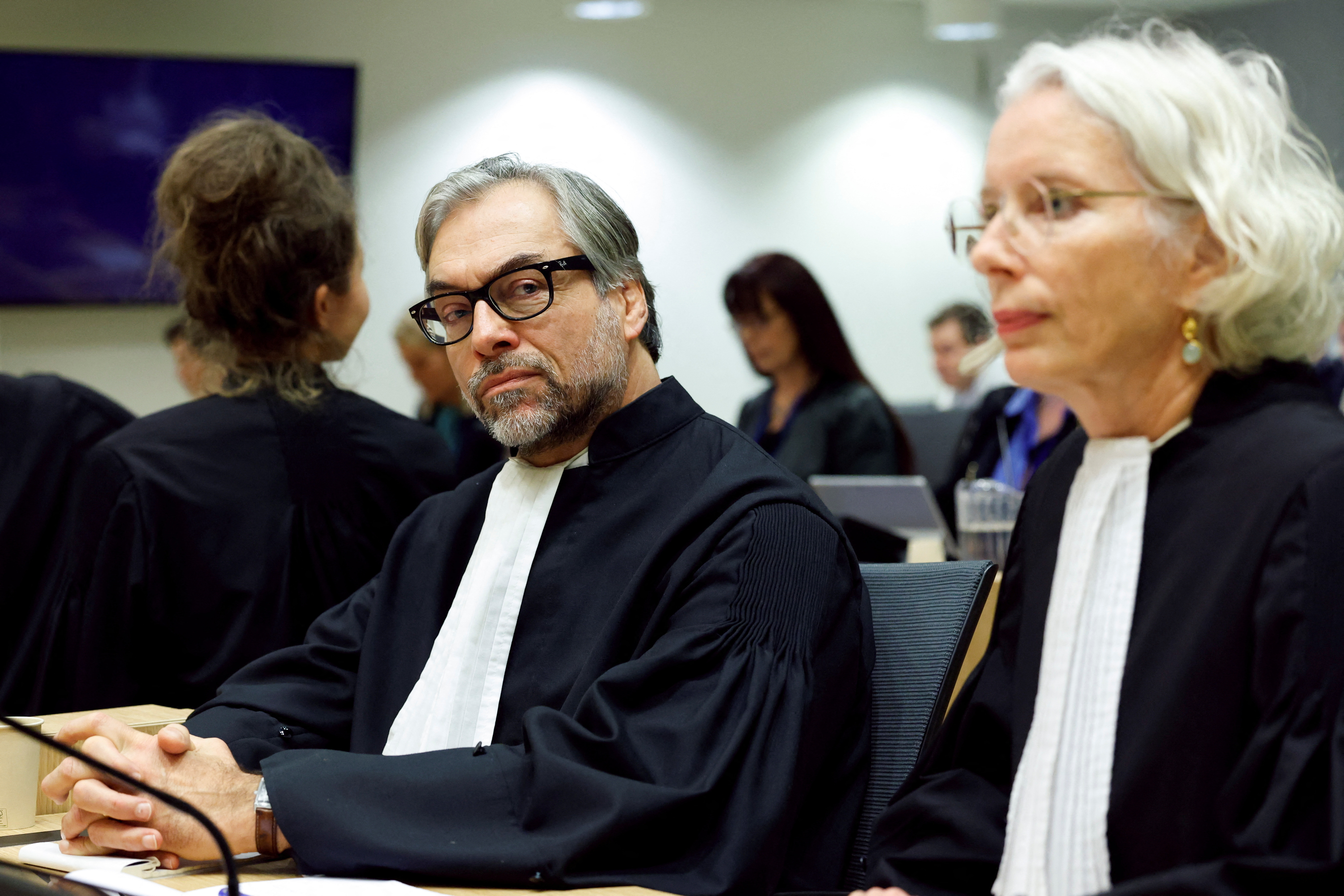 Lawyer Peter Langstraat looks on in the courtroom as the Dutch court announces its ruling in the MH17 trial of three Russians and a Ukrainian in the Schiphol Judicial Complex, Badhoevedorp, Netherlands, November 17, 2022. REUTERS/Piroschka van de Wouw 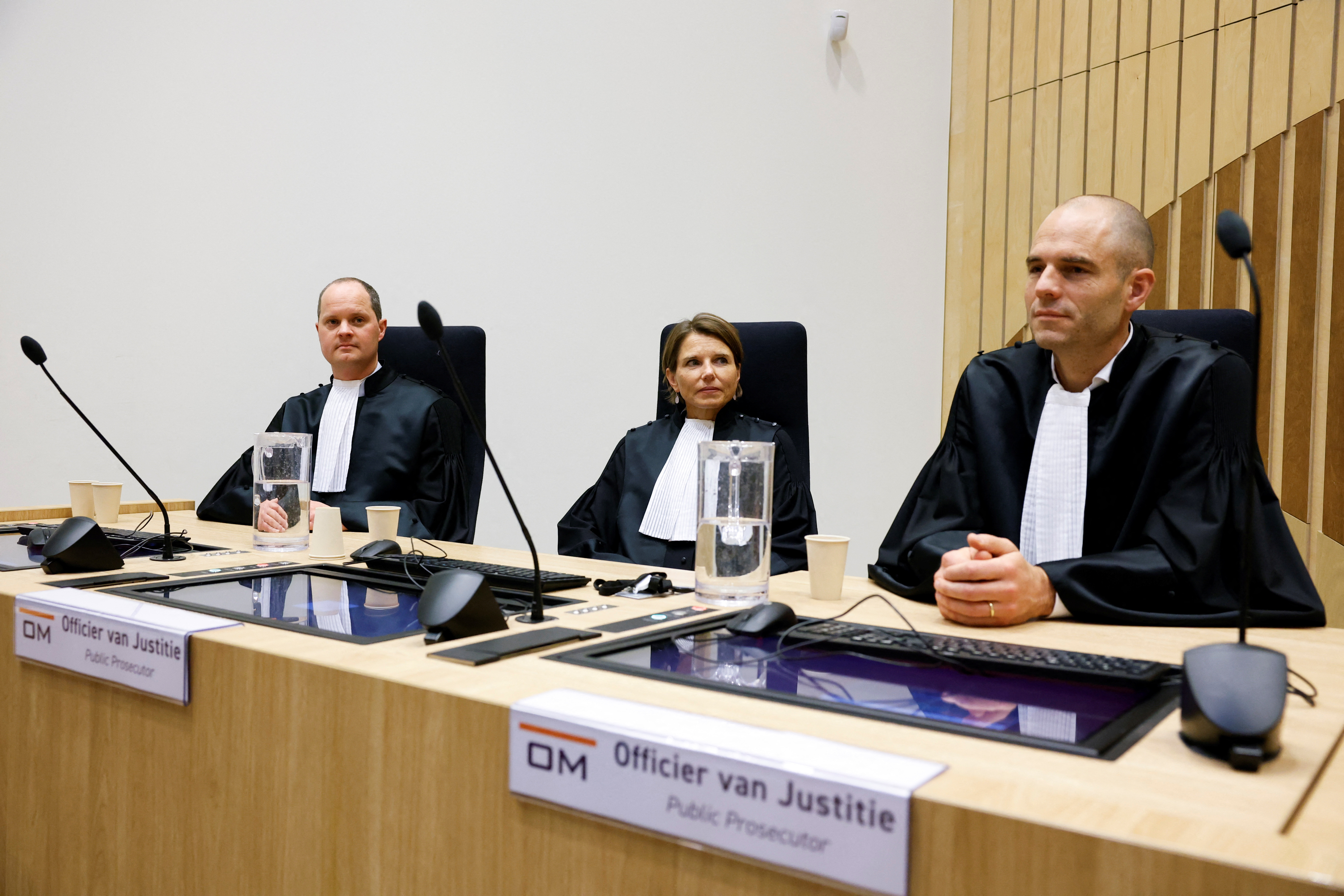 Public prosecutors Ward Ferdinandusse, Manon Ridderbeks, and Thijs Berger sit in the courtroom as the Dutch court announces its ruling in the MH17 trial of three Russians and a Ukrainian in the Schiphol Judicial Complex, Badhoevedorp, Netherlands, November 17, 2022. REUTERS/Piroschka van de Wouw 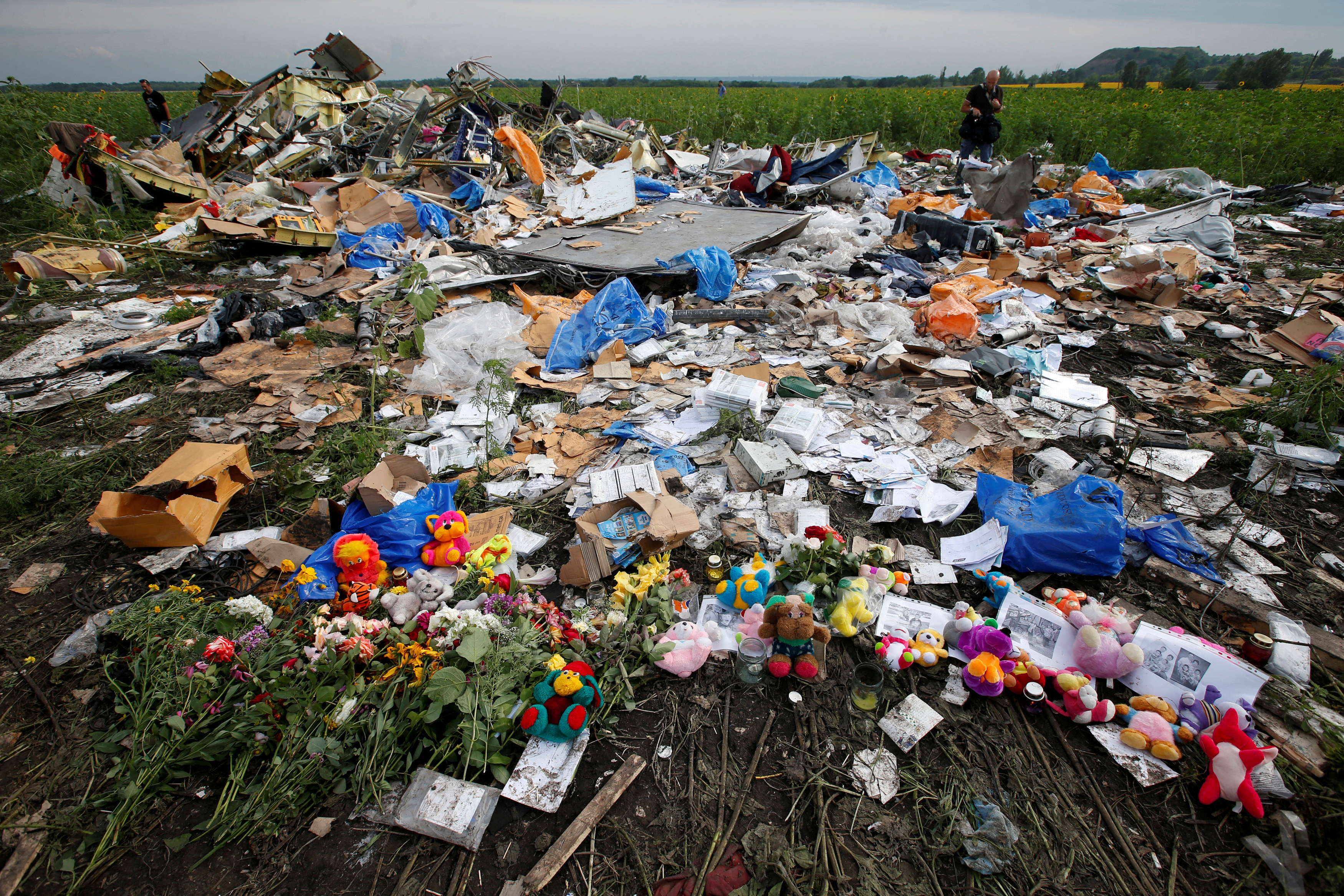 Flowers and mementos left by local residents at the crash site of Malaysia Airlines Flight MH17 are pictured near the settlement of Rozspyne in the Donetsk region July 19, 2014. REUTERS/Maxim Zmeyev/File Photo 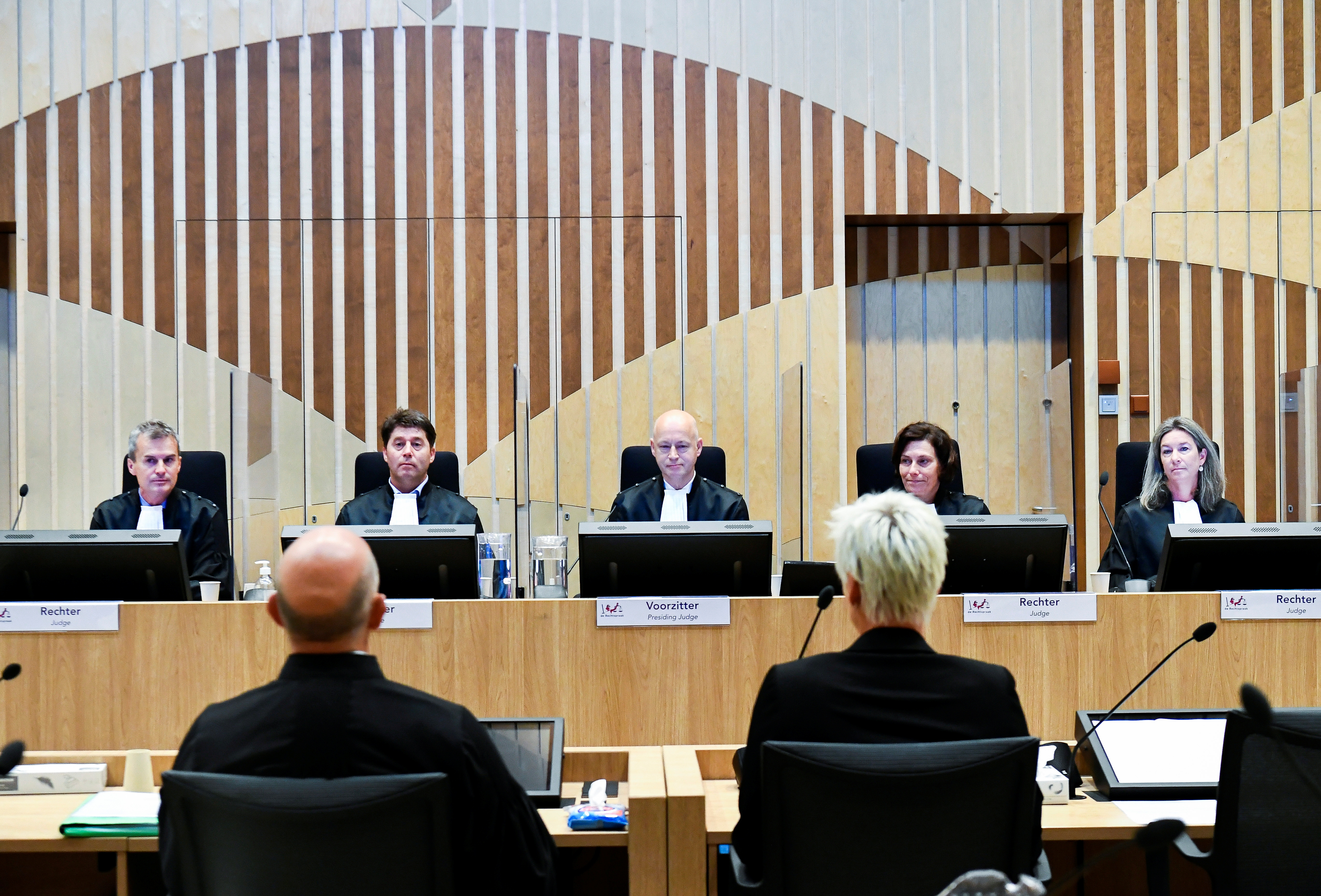 A general view of the courtroom where the MH17 trial of three Russians and a Ukrainian is taking place as it enters a new stage where families of victims of the MH17 plane crash give testimony in Badhoevedorp, Netherlands, September 6, 2021. REUTERS/Piroschka van de Wouw