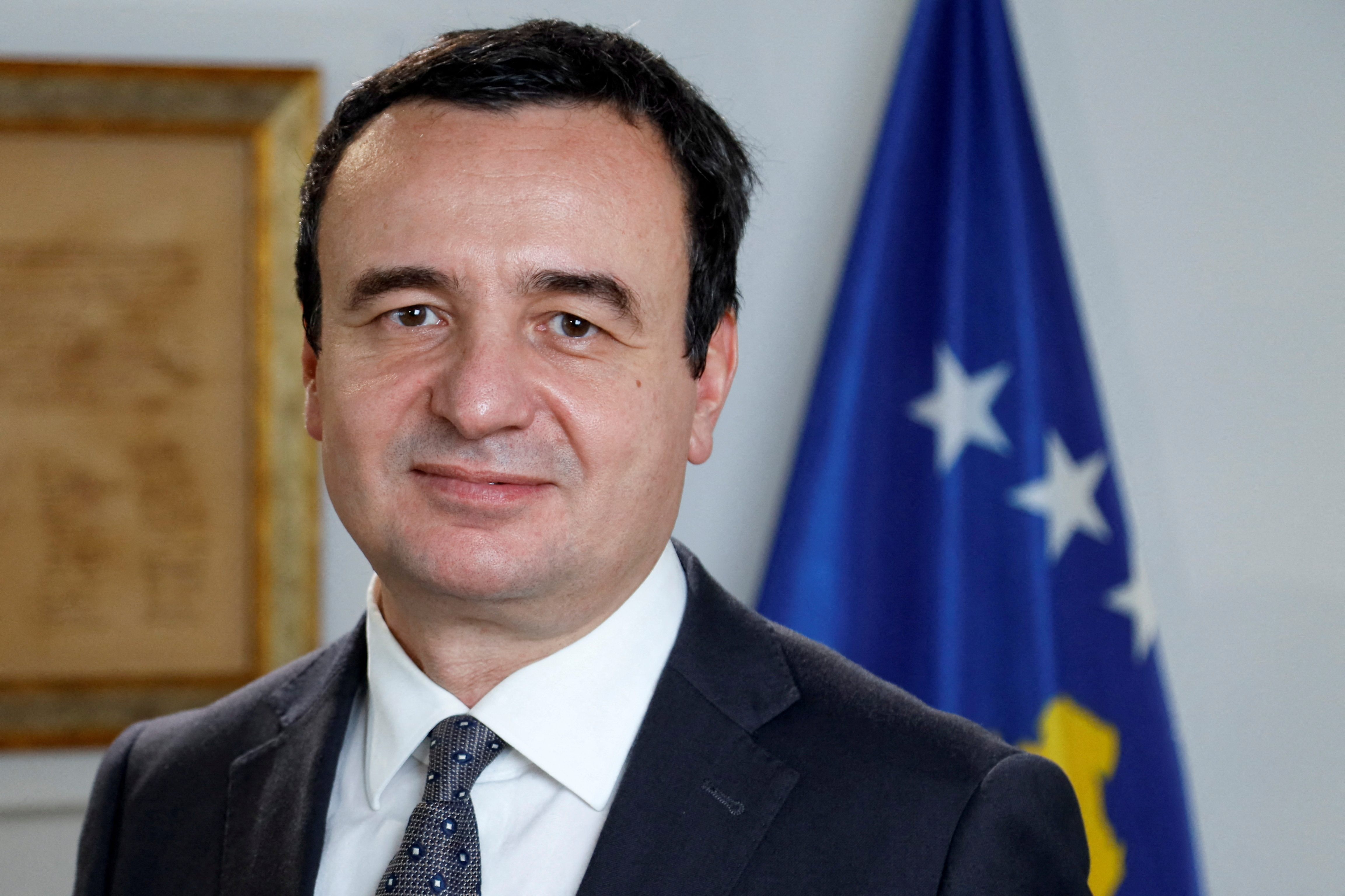 Kosovo’s Prime Minister Albin Kurti poses for a picture during an interview with Reuters at his office in Pristina, Kosovo August 10, 2022. REUTERS/Fedja Grulovic/File Photo

Kosovo has postponed plans to fine drivers refusing to give up old car license plates issued by Serbia for another 48 hours, after a United States request for a delay to a move Washington and the European Union fear may trigger ethnic violence.

The dispute over licence plates has stoked tensions for almost two years between Serbia and its former breakaway province, which declared independence in 2008 and is home to a Serb minority in the north that is backed by Belgrade.

“I have talked until very late last night with the U.S. ambassador to find a possibility (for a deal) without undermining the constitutionality but at the same time not to allow the threat to peace and stability,” Kosovo’s Prime Minister Albin Kurti said on Tuesday.

Around 50,000 ethnic Serbs who live there refuse to recognise Pristina’s authority, and still consider themselves a part of Serbia. Belgrade has said it will never recognise Kosovo’s independence.

Hundreds of police officers, judges, prosecutors and other state workers from the Serb minority quit their jobs earlier this month after Pristina ruled that local Serbs must finally replace car plates issued by Kosovo Serb municipal authorities, loyal to Belgrade, with Kosovo state ones.

Kosovo police had said earlier that fines were supposed to be issued from 8 a.m. local time (0700 GMT) on Tuesday, and would affect around 10,000 drivers.

Pristina and Belgrade failed to reach a deal on Monday following emergency talks mediated by the EU, with Brussels warning of an “escalation of violence” if the plan was to go ahead.

EU foreign policy chief Josep Borrell, who chaired the talks, blamed mainly Kosovo for rejecting an EU proposal on how to resolve the dispute.

Opposition in Pristina has also blamed Kurti of jeopardising relations with the United States as Kosovo’s biggest ally.

Kurti has said he is more interested in reaching a final accord with Serbia where both countries will recognise each other as independent states.

NATO, which has around 3,700 peacekeepers in Kosovo, said it was ready to intervene should the security situation be threatened.