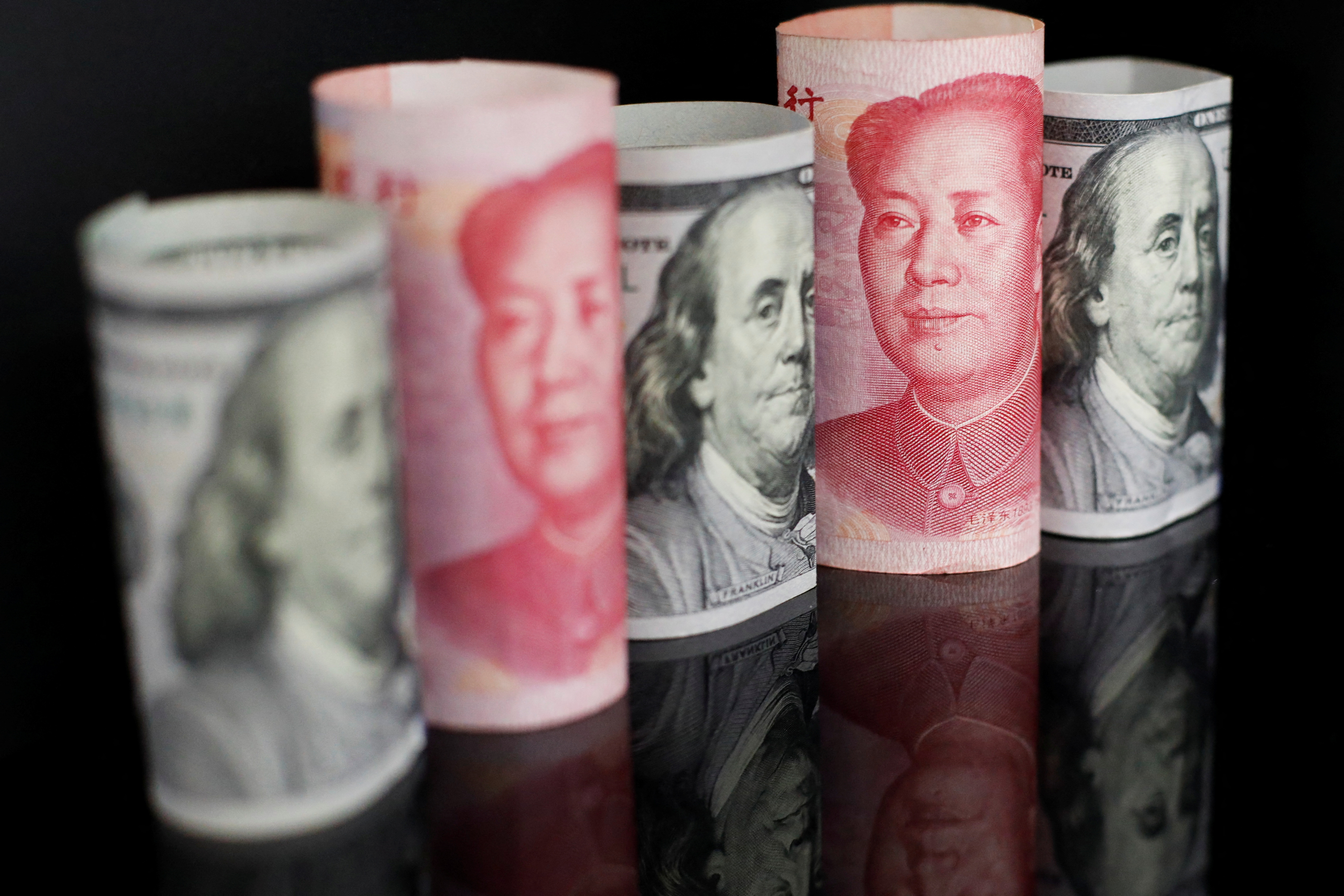 A look at the day ahead in Asian markets from Jamie McGeever.

After a brief respite, China is again caught in investors’ crosshairs.

The economic data are coming in below expectations, hopes are fading that COVID-19 lockdown restrictions are about to be lifted and the exchange rate is back on the slide, along with sovereign bonds.

This is the backdrop against which the central bank makes its latest interest rate decision at the weekend. The economy might warrant a cut to the one-year loan prime rate – currently 3.65% – but the exchange rate doesn’t.

The yuan fell 0.9% on Thursday, its biggest fall since May and one of largest in recent years. Having rebounded from a recent 15-year low toward 7.00 per dollar, it is back under pressure.

U.S. Treasury figures on Wednesday won’t have helped sentiment. They showed China’s holdings of U.S. Treasuries fell in September to an 11-year low of $933.6 billion. The month-on-month fall of $38 billion was the steepest in six years.

Some of the nominal change from August was down to FX valuation effects, meaning Beijing did not sell $38 billion of Treasuries in the month.

But it sold a chunk to slow the yuan’s depreciation against the dollar, which ended up being 3.2% in September. That’s among the four biggest monthly declines on record.

Meanwhile, investors are dumping Chinese bonds at a rapid clip, pushing yields to their highest in months. An aggregate index of Chinese sovereign debt is down 0.8% this week, well on track for its biggest decline in more than two years.

Sovereign bond buyers have been caught off-guard by the government easing some of its strict COVID-19 curbs and announcing steps to support the property sector.

The spike in yields also runs counter to the central bank’s looser monetary policy stance, and the pace of selling has raised market liquidity concerns. Tricky times for Beijing.

Three key developments that could provide more direction to markets on Friday: