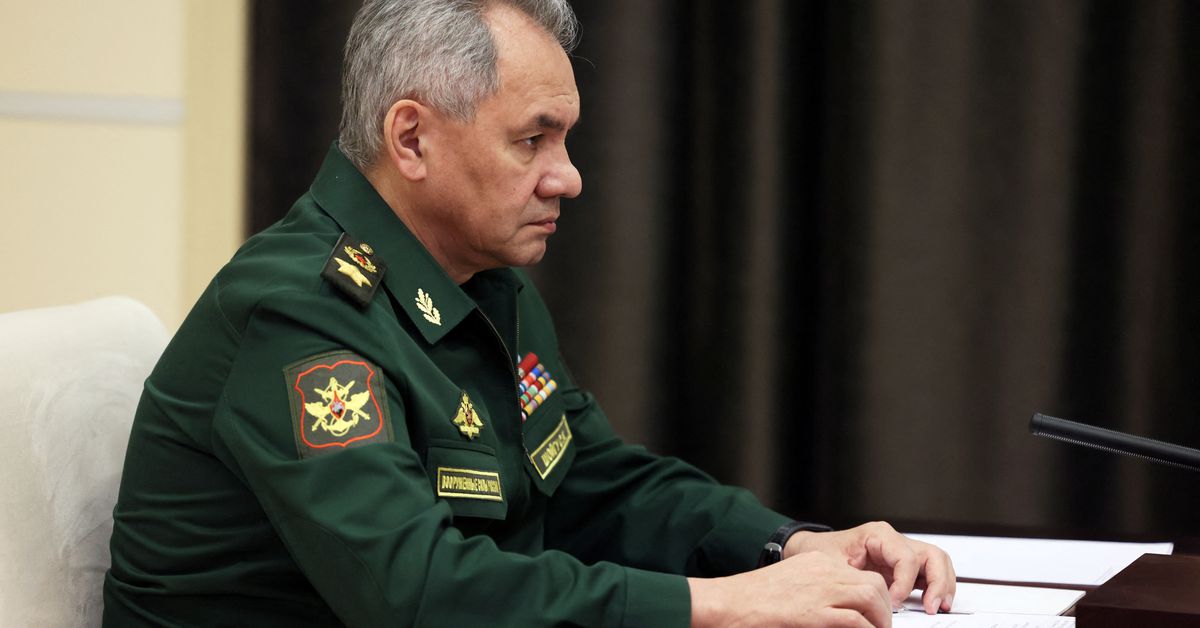 MOSCOW, Oct 28 (Reuters) – Russian Defence Minister Sergei Shoigu on Friday said that the “partial mobilisation” of 300,000 reservists to fight in Ukraine that Russia announced in September was complete, with tens of thousands of them already sent to the combat zone.

Speaking at a meeting with Russian President Vladimir Putin broadcast on state television, Shoigu said: “The task set by you of (mobilising) 300,000 people has been completed. No further measures are planned.”

“I want to thank them for their dedication to duty, for their patriotism, for their firm determination to defend our country, to defend Russia, their homes, their families, our citizens and our people,” Putin said.

In future, Shoigu said, recruitment for the Ukraine campaign would be based on volunteers and professional soldiers, rather than mobilising more of Russia’s several million reservists.

Putin declared a “partial mobilisation” of 300,000 reservists on Sept. 21, after a series of military defeats saw Russian forces routed from east Ukraine’s Kharkiv region and under increasing pressure in the southern Kherson region.

The move touched off an exodus of military age men from Russia, with tens of thousands heading for countries including Georgia, Armenia and Kazakhstan, which allow Russians to enter without visas.

Over 2,000 people arrested at anti-mobilisation protests across Russia. There was public outcry over cases of men being mobilised despite medical exemptions, or a lack of military experience.

Responding to Shoigu, Putin acknowledged problems with mobilisation, saying that they were “inevitable”, and said that the Ukrainian campaign had shown the need for “corrections” to Russia’s armed forces.

Putin said: “Based on the experience of conducting the special military operation, we need to think over and make corrections to the way all components of the armed forces, including the ground forces, are constructed.”

Russia’s armed forces have struggled in the eight months since Putin ordered tens of thousands of troops into Ukraine, in what Moscow calls the “special military operation”.

Russian armed forces abandoned an attempt to seize Kyiv and other northern Ukrainian cities in April, before losing ground in the south and east to Ukrainian counter-attacks since August.