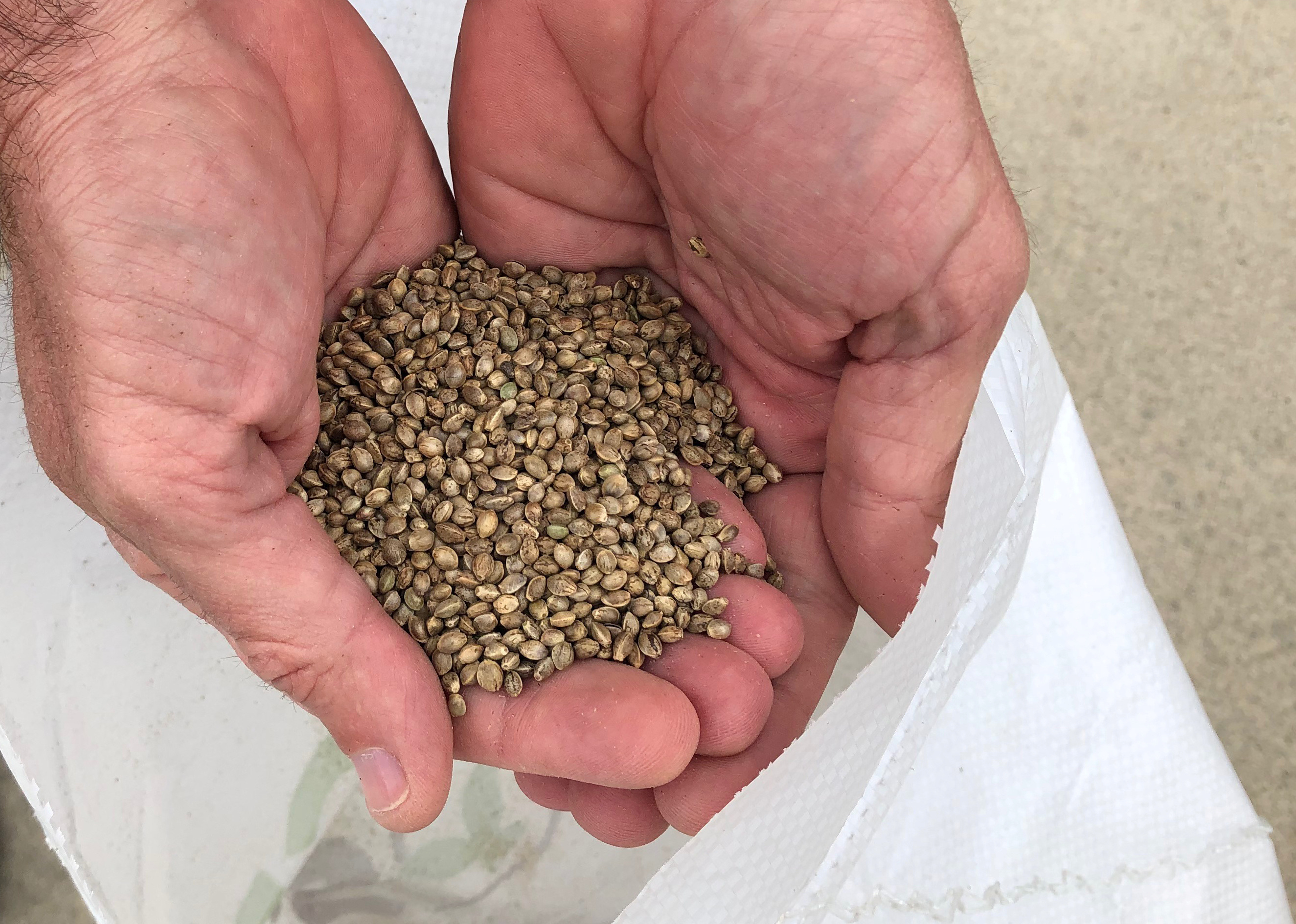 A sample of industrial hemp seeds is shown at a research station site in Haysville, Kansas, U.S., May 2, 2019. Photo taken May 2, 2019. REUTERS/Julie Ingwersen/File Photo

The U.S. Department of Agriculture will for the first time collect data on farmers growing hemp and using technology to guide their farming decisions in the 2022 census of agriculture, which the agency launched on Tuesday.

The census, an effort to count and gather information about every farm and ranch in the country that is conducted every five years, is critical to USDA’s funding and policy decisions, said Donald Buysse, chief of the census planning branch at the National Agricultural Statistics Service (NASS), an agency of USDA that administers the survey.

“In terms of the comprehensive nature of the census, there’s not anything that comes close to it,” Buysse said.

USDA began regulating hemp production in 2021 and this census will be the first to publish data on hemp producers, who grow the crop for fabric, food products, and cannabidiol (CBD). And the agency will be identifying farmers who use “precision agriculture,” data-collection technology that guides planting decisions.

NASS will make a particular effort to collect data from farmers of color, Buysse said, as they have historically been underrepresented in the census. Regional and state offices will work with community organizations to reach Black farmers in the Southeast, among other groups, Buysse said.

About 70% of the nation’s 2.2 million farms responded to the 2017 census, Buysse said, and response rates have been trending downward. Farmers are required by law to fill out the survey, but NASS has no enforcement mechanism, he said.

“The incentive [is] the idea that you’re providing data as a useful tool for your community,” he said.

USDA will collect responses until Feb. 6 and plans to publish the data in February 2024, said Buysse.