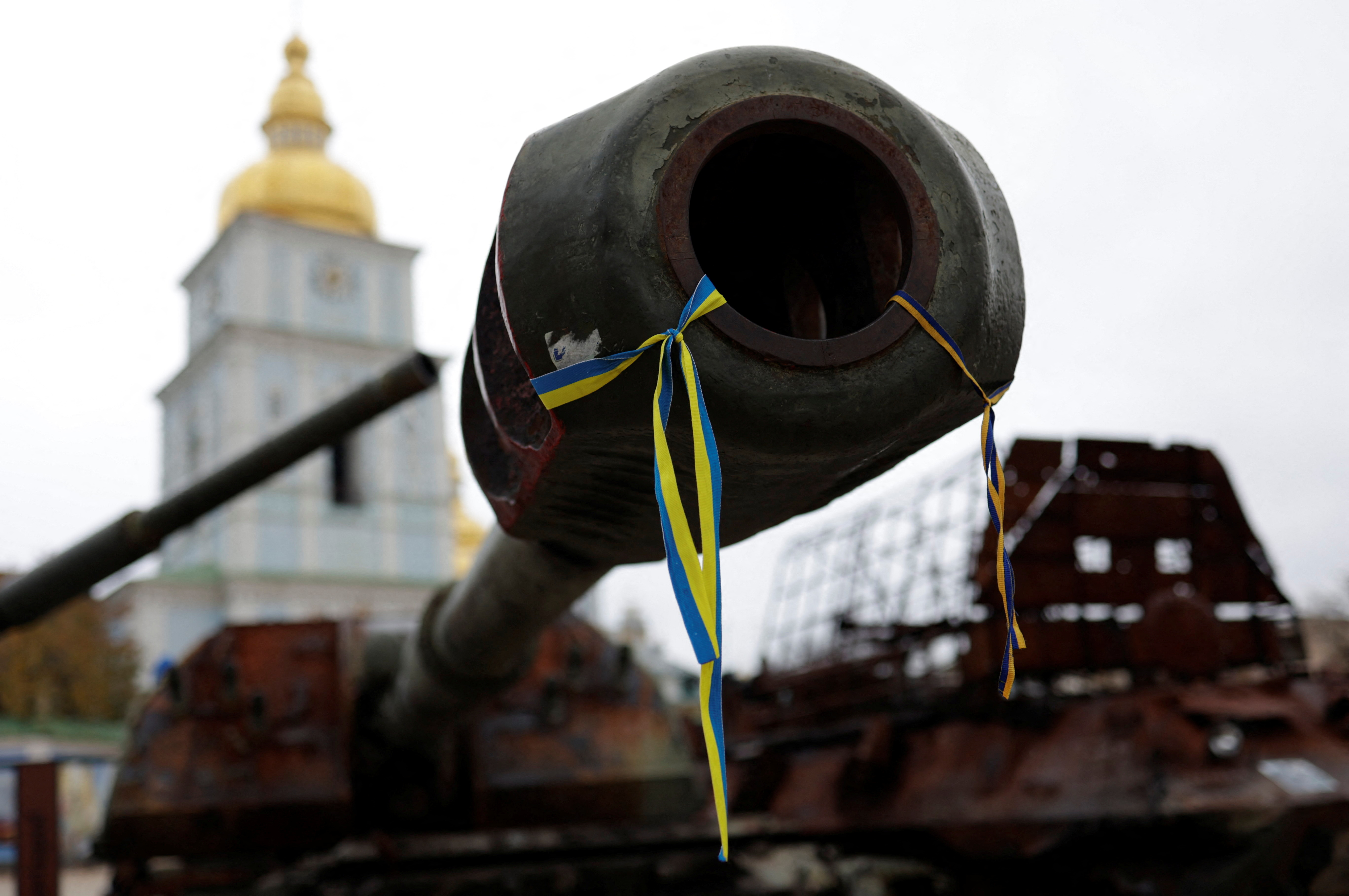 Ribbons in the colours of the Ukrainian flag are attached on a Russian self-propelled howitzer at an exhibition displaying destroyed Russian military vehicles outside the St. Michael’s Golden-Domed Cathedral, amid Russia’s invasion, in central Kyiv, Ukraine November 4, 2022. REUTERS/Murad Sezer/File Photo

Around 60 Russian soldiers were killed in a long-range Ukrainian artillery attack this week, Kyiv said on Saturday, the second time in four days that Ukraine claimed to have inflicted major casualties in a single incident.

In a Facebook post, the armed forces general staff said Russia suffered the losses on Thursday when Ukrainian forces shelled the town of Mykhailkva, 40 km (25 miles) to the south of Kherson. Russian forces abandoned the city earlier this month.

It gave no further detail. The Russian defence ministry did not immediately reply to a request for comment, and Reuters was unable to independently verify the Ukrainian military’s account.

The United States has provided Ukraine with advanced rocket systems capable of hitting targets up to 80 km away.

Ukraine said on Wednesday that around 50 Russian soldiers were killed or wounded on Tuesday in a shelling attack on the village of Denezhnykove, 70 km behind front lines in the eastern province of Luhansk.